Time has broken! Can you fix in 12 Labours of Hercules XII: Timeless Adventure CE 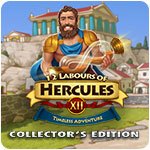 Hercules was relaxing in his hammock and making wonderful doughnuts one beautiful day. He just slept off for a few minutes, but it was enough to burn the hero's breakfast. Hercules' aspirations of a full stomach were shattered. What is the best course of action for him? There has to be a way! Hercules made the decision to go back in time, and he used all of his might to move the clock's hand backwards! What's the worst that might happen? Everything, of course! Will Hercules, despite his strength, be able to dodge the perils, repair the clock, and save the world from a time catastrophe? Find out by playing 12 Labours of Hercules XII: Timeless Adventure! You will go through Ancient Greece, Hades' underworld, and Poseidon's underwater realms with Hercules, encountering Chronos, Golem, and other fantastic animals. And may the experiences never come to an end! Time has broken and is about to wipe out the entire world. Furthermore, Chronos, the powerful god of time, is furious and seeks to punish Hercules. He set up several traps, dangers, and difficulties for the hero. 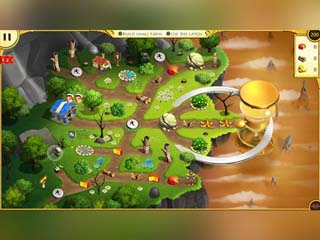 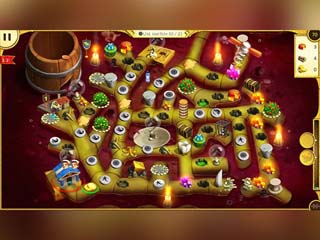