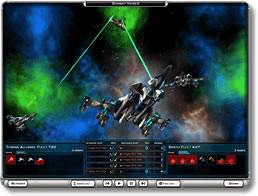 Form Alliances, Fight Epic Wars and Strive to Dominate the Galaxy With Any One of 10 Playable Races

In the year 2225, the reckless humans have formed a coalition to defend themselves from the rising power of the evil Drengin Empire. War threatens the galaxy but both rivals should be worrying about a far darker reality....

Enjoy the sequel to the hit turned-based strategy game Galactic Civilizations as you lead your civilization to prosperity in a hostile galaxy. Find the perfect balance between economic, technological, diplomatic, cultural and military power as you form alliances, fight epic wars and ultimately strive to dominate the galaxy.

Galactic Civilizations 2 provides a gaming experience that caters to the player and supplies loads of options to let you customize the game. You can play through a randomly generated galactic map or a multi-mission campaign that tells the story of an ancient enemy called the Dread Lords. What most strategy fans will find enjoyable is the highly customizable generated galaxies.

You have the option of playing as one of 10 races, each with their own unique strengths, weaknesses, capabilities and societal personality. If that isn't enough, you can create your own race with its own distinct characteristics. Then you simply decide on the type of galaxy, be it a small one packed with stars and habitable planets or a gigantic one with widely-spaced star systems, to set the speed of the action. With multiple paths to victory, such as the option of simple military dominance, controlling a majority of the systems through cultural persuasion, or forming alliances with all other races, you can have a wide variety of game experiences.

Galactic Civilizations 2 presents an interesting challenge for any level of strategy gamer. The vast amount of features allow more experienced players to fine-tune every aspect of their empire, while the interface and tactics can be picked up by new gamers without much trouble. For example, you can simply use the default ships or you can use the complex ship-builder to design your very own craft.

A key feature of the gameplay is the intriguing artificial intelligence. Unlike other strategy games, the higher level AI doesn't cheat but employs more advanced and devious strategies. For example, at lower levels you could be trading and playing nice with a neighboring civilization that is rather weak militarily, while at the same time setting up military starbases and fleets of fighters in their vicinity, and the AI may continue to trust you. At higher levels though, the AI will recognize the signs of betrayal and take action.

If you like solid strategy games with plenty of options, then download Galactic Civilizations 2 and begin your empire today!

Galactic Civilizations 2 is a spectacular turn-based space strategy game which will have you take the reins of power for one of eleven races, each with their own strengths and weaknesses. The gameplay is the traditional “4X” game style where you'll be exploring the universe, expanding your empire, exploiting rivals or allies, and exterminating your enemies for complete domination.

Choose Races With Different Strengths or Create Your Own

What makes this title really interesting are the options you have in creating a gaming experience tailored to what you want. The varied races have their own personalities, such as trade-oriented, militaristic, or technological, and you even have the option of creating your own race with the characteristics you prefer. You then can create a galaxy that fits the game you want to play. For a quick session you can make a small galaxy packed with stars, habitable planets, and rival races, and even increase the speed of technological advances.

With six different map sizes, 12 different difficulty levels, varying victory conditions, and many more options the flexibility in gameplay is quite intriguing and increasing the game's replay value immensely. There is also an easy to use ship designer which allows you to create your own ships with your current technology and allows an even greater depth to your gaming experience.

Another interesting feature is the AI and how it reacts, especially at higher levels. The AI doesn't cheat to make things more difficult but employs advanced strategies that adapt to your play. For instance, a computer controlled race you are trading with may ignore your military build up of starbases and fleets at a lower setting but higher level AI's will recognize signs of betrayal and take action, even preemptively.

Overall Galactic Civilizations 2 is a great strategy title that can stand next to such great turn-based strategy games as Civilization IV. It has a wide array of great features and that special something that brings everything together and creates a gaming experience that is hard to put down.

When looking for any negatives the only thing that came up is that the tech tree could maybe use some more useful information on later techs, but this hardly interferes with the gameplay. The variable difficulty settings with the AI make this a great title for players new to the 4X strategy genre and provides enough of a challenge for even the most hard-core strategy fan. 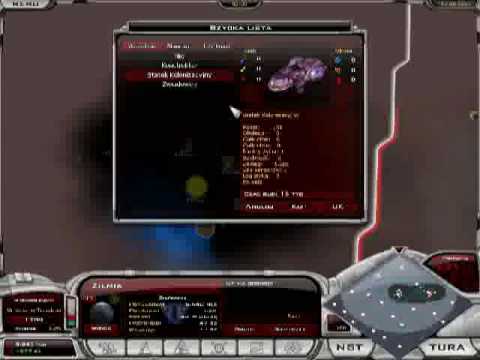 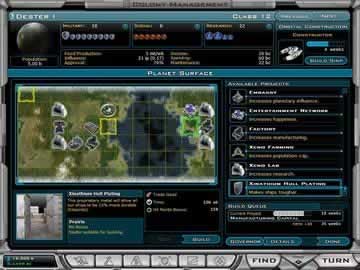 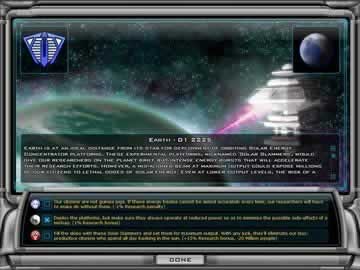