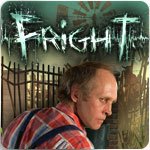 Be alarmed in this creepy new thriller!

The bus you're traveling on has crashed in a corn field in Kansas. You're stranded with your bus driver in agony with a broken leg, and no clue as to what to do next. Sounding suspiciously like a horrible nightmare, it's down to you to save the day. By doing so, you find others in a nearby run-down motel and learn that people have been disappearing from the local area for many years. It's a mystery that's sure to ensnare you.

Frequently feeling like a spooky horror film, Fright throws many thrills at you. You'll soon find out that you dreamed of one of the missing people only a short while ago. Worst of all, terrible things befall each of the members of your group, further adding to the atmosphere. What's going on? Only through exploration and solving puzzles can you figure things out.

Dive into the adventure

Many different ways to play

Expect to be spooked.

Fright isn't for the faint hearted. A spooky adventure, it might turn quite fantastical, but it's grounded in reality. With a plethora of enticing puzzles, along with Hidden Object scenes you won't have experienced elsewhere, it's going to draw you in then scare the heck out of you. Can you survive long enough to uncover just what's going on at the motel? Play Fright and find out for yourself now!

Starting like any classic horror movie, Fright has you stranded in a corn field in the middle of nowhere. The bus you were traveling on has crashed and your bus driver's leg is badly broken. It's down to you to help the guy out and figure out what to do next. That leads you to an old motel inhabited by a group of similarly lost strangers. As you get talking to them, you soon realise that everything is not as it seems. It's the ideal setting for a distinctly spooky tale.

As you play, you might notice a few familiar horror movie conventions. Yes, you'll find everyone splitting up a little too readily. There are possessed folks to deal with too, as well as terrifying scarecrows that come to life. By constantly throwing so many scary frights at you, Fright lives up to its name while also sticking in your memory far more so than most other adventure games. It might be a little silly near the end, but that won't matter as you'll be suitably gripped by this point.

Much of how Fright hooks you is down to its interesting puzzles. Unlike many other casual adventure games, Fright isn't afraid to throw some tricky head scratching puzzles your way. That's to its advantage, ensuring you have to work to progress in this game. At times, a few of the puzzles might be a little too obtuse, requiring some strange leaps of logic, but it's mostly quite rewarding. One highlight has you requiring knowledge of American states and their locations, ensuring that real world knowledge is important in this spooky place.

Elsewhere are mini-games that will also have you scratching your head but they're frequently very satisfying to figure out. Where Fright stands out most, however, is its Hidden Object scenes. There aren't as many as those as you would expect for such a game, but every single one of them is hugely enjoyable to play through.

This is because seeking out hidden objects isn't just a matter of tapping on things from a list. Instead, all the items are fully interactive. You have to combine each item with something else in order to solve the requirement. It means that each Hidden Object scene is like one big puzzle meaning you're doing more than just simple matching. You'll soon end up wishing that more games implemented this form of Hidden Object scene, or that Fright offered more of these special scenes.

It's not quite all perfect for Fright, though. The hints button is quite slow to refresh, even on the easiest difficulty mode. It's not going to endear itself to those less experienced at such things, or just in need of more assistance. Although, at least a map feature means you won't get lost easily.

There's also issues with Fright's original visual style. Talking to people offers an FMV (full motion video) style appearance, in an attempt to make them look real. That grainy style doesn't always succeed though, leading Fright to look a bit mismatched at times. There's clearly an attempt to make it look more like a classic B movie style horror movie, but it doesn't always work. A richer more animated appearance could have still made it appear just as creepy without also looking dated.

Despite such issues though, Fright is mostly just a rather enjoyable adventure. It lives up to its name at times being quite creepy. It also offers a wealth of satisfying puzzles to solve. It's those original Hidden Object scenes that stand out the most though, ensuring that you'll be delighted at what unfolds here. Being able to do more than just clear a tedious list is a huge advantage in ensuring that Fright will stick in your memory for a while to come. You'll be wishing for more experiences like this in the future. 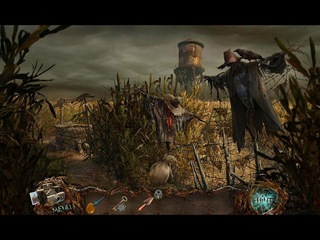 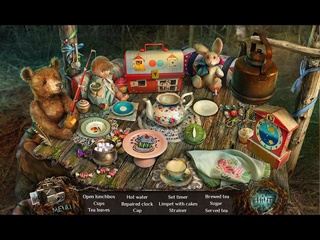