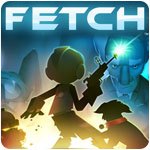 How far would you go to save your pet?

Be a hero for animal kind! Your beloved pet means everything to you, right? But what if they mysteriously disappeared? What would you do? Go save them obviously! Follow a young boy called Milo as he seeks out his loveable dog Bear who has been kidnapped by a mysterious fire hydrant and ending up in a strange new world of intrigue. It won't be an easy ride, but your reward will be the never-ending love between a boy and his dog.

Spend time exploring creepy dark tunnels, as well as brighter sunny shores, rescuing other dogs along the way. A series of puzzles are in your way, requiring your finest lateral thinking to deduce. It's an adventure that will capture your heart and remind you of the unconditional love a puppy can bring to your life.

Warming your heart with its adorableness.

If you're in the mood for thrills and spills aplenty, Fetch is the perfect adventure to dive into. It's cute, lovable, and sure to warm your heart. Its many puzzles are sure to enchant you along the way in a wild ride of cuteness. Such logical moments are backed up by a selection of arcade games, giving you a chance to shoot at aliens too.

A Tail of Two Fetches

Playing Fetch with your dog normally involves you throwing a ball to them and the dog happily retrieving it for you. In the case of this Fetch, it's you that has to do the retrieving. Your beloved dog, Bear, has been mysteriously kidnapped by a fire hydrant, and it's down to you to rescue him. In seemingly no time at all, you're hooked on this magical adventure that leads you to the sinister yet quirky sounding Embark Industries. Fetch is a really rather wonderful adventure game, even if it'll be over all too soon.

On the surface, Fetch might seem fairly formulaic in its layout. Within moments, you'll realise just what a strange world that young boy, Milo, lives in. By leaping 'into' the fire hydrant, he finds himself in a world in which robots and huge monsters roam. It also turns out that other dogs have also been kidnapped, and it's all down to you - this sweet little boy in a space helmet - to save the day. It's an adorable premise which is greatly enhanced by Fetch's stunning visuals.

At various points, you'll be able to stop and take in your surroundings. You might come across some singing mice that serenade you, for instance, or have the opportunity to watch an old man happily tossing a ball to his beloved dog. In every case, the animals and humans in Fetch are all animated in a delightful way that makes it impossible to not be charmed by them. It's frequently like watching a favorite animated movie unfold, but the best part is you get to interact with it.

Moving around the world of Fetch is easily done. You simply click on wherever you want to go and Milo wanders along. It's not always clear what items can be interacted with or touched, which might put inexperienced players at a disadvantage, but you'll soon get to grips with it. Generally, more of the environment can be interacted with than you'd expect. Unlike other adventure games, some things in Fetch can be used simply for the fun of it, and not just to move ahead within a puzzle. It's fun exploring what can be accomplished through simply hitting something on the screen. By experimenting, you can also pick up dog collars - an optional extra that feels like it's expanding the story through giving you insight into other lost pooches.

When it does come to the puzzles, Fetch is reasonably logical. At times, you'll be stuck for what to do next but everything makes sense in the end. Oftentimes, simply taking a step back for a minute or two and approaching things from a different angle puts you on the right path to success. They're always satisfying too.

Elsewhere are arcade games that work to break up the puzzles and exploration of Fetch. Working like 1980s arcade machines, they might have you tapping on alien heads quickly, or destroying enemy ships. The most memorable sequence has you shooting at enemies while simultaneously learning about different periods of history. Some of the mini arcade games do turn a little samey and repetitive after a time, however.

Where Fetch really falters is near its conclusion. While the early stages of the game feel hugely imaginative and wondrous, action turns a bit more monotonous near the end. It just doesn't quite work, leaving you wishing for more of the early delights than what you get at the end. Fetch isn't a very long game, only taking a few hours to complete, so the fact its ending is a bit weak is unfortunate.

Fetch is nearly a truly fantastic adventure game. It looks stunning and beautiful. It tells a simple story that sticks in your mind for a while to come, and it offers various optional moments that rival some of the most emotive animations you can think of. During its early stages, its puzzles are compelling yet not overly difficult. The game's only really let down by its lacklustre conclusion, and its insistence on throwing a couple too many mini-games at you. By being so successful at providing entertaining puzzles, you're left wanting more of those and less shooting. For the most part though, you're going to enjoy your time as Milo. Your quest to rescue Bear will remind you of the joy that comes from a happy relationship with a beloved pet. 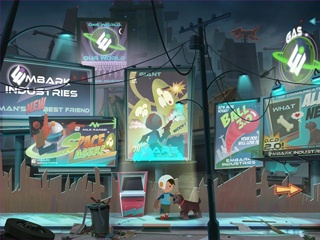 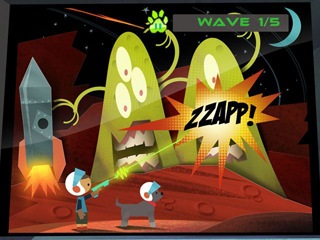