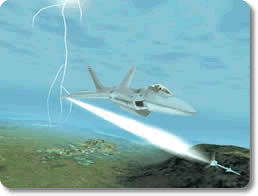 Scream Across the Sky in the F-22 Raptor - the Best Fighter Aircraft in the Modern American Military Arsenal!

Scream across the sky in the F-22 Raptor, the best aircraft in the modern American military arsenal!

Locate and neutralize your targets before they even know you're there, because you're just a blur in your top-of-the-line plane.

A product of many years of research and testing, the F-22 utilizes all the most secret and advanced military technologies . . . and now F-22 Lightning 3 puts you in the cockpit, ready to deploy in hot spots all over the world where the situation calls for a little military muscle!

Gameplay That's Easy to Learn and Easy to Get Right Into!

Pilot experience not necessary! F-22 Lightning 3 simplifies the complicated task of flying a modern jet aircraft enough so that anyone can play, while still maintaining enough authenticity and realism to satisfy all but the strictest fans of flight simulation games. It strikes the perfect balance!

Automate take-off and landing options, a trusty heads-up display, and tons of modern weapons all aid you in your mission to be the best of the best.

Load your F-22 with sidewinder and AMRAAM air-to-air missiles, HARM air-to-ground missiles, 20mm Vulcan cannon, and even B61 tactical thermonuclear bombs! Just be sure to clear the area after you drop one.

Start off in Quick Mission mode, which begins with a few tutorial missions to ease you into the action and then moves into real combat scenarios! You choose from 22 quick missions at any time, so you don't have to start with the easiest ones if you don't want to. There's also a map editor to create your own missions!

F-22 Lightning 3 includes six detailed campaigns with a total of 46 missions that will take you to Nevada, Indonesia, Syria, Russia, Libya, and more! Protect freedom and democracy as you fly around the globe to safeguard world peace.

If Quick Mission and Campaign modes aren't enough, fly with or against your friends in a variety of intense online battles.

Realistic 3D Graphics Take You There!

You F-22 Raptor is carefully rendered to reflect every detail of the real thing, and comes with a variety of cool paint schemes for you to choose from.

In F-22 Lightning 3, poor weather conditions - snow, hail, thunderstorms, driving rain . . . or nuclear explosions - have a profound effect on your aircraft's performance, just like in real life! Do you feel the need for speed? Download now and give F-22 Lightning 3 a try!

What the Pros are Saying

The plane still feels like it handles believably as you throw it through high-G turns, but the overall mechanics and avionics are rather simplified to allow you to focus on the action and even gives you the option of turning some maneuvers onto automatic, such as landings, taxiing, takeoff, shoot lists, formations, and in-flight refueling. It really is easy to start the game, learn the controls, and jump right into the missions within only a few minutes.

Modern Weapons at Your Fingertips

Another appealing aspect are the assortment of weapons you have at your command, such as AMRAMMs, sidewinders, 20 mm Vulcan Gatling gun, JDAMS, and even a B61 10-kiloton tactical thermonuclear bomb. Nothing gets your pulse pounding as riding the wake of a thermonuclear explosion!

With 22 quick missions, that ease you into the controls before providing more sophisticated mission parameters, and 46 missions split between 6 campaigns there is plenty of gameplay to be found with the single player action. Add into this the mission editor, that allows you to create your own missions, and addicting multiplayer features and there are even more hours of enjoyable flying.

There are only a few slight issues that could possible turn off some players. For instance, the simplified aerodynamics and flight physics might turn off more hard-core flight simulation fans. Also, the missions are in a set structure and there isn't any randomization, but there is always the mission editor if this is a deciding factor. While the graphics for the most part are pretty striking, they are from 1999 and could be viewed as slightly dated by some players, but this does little to detract from the awesome gameplay.

Overall, F-22 Lightning 3 provides gameplay that is both fun and addicting. It's more casual take on flight simulation lets even new players get into the action rather quickly and become flying aces in no time. The variety of missions keeps things fresh, and the multiplayer mixed with the mission editor means there are hours upon hours of gameplay to enjoy. If the very slight problems mentioned above are giving you pause, at least try out the demo and get a taste of the entertaining gameplay before making a final judgment. 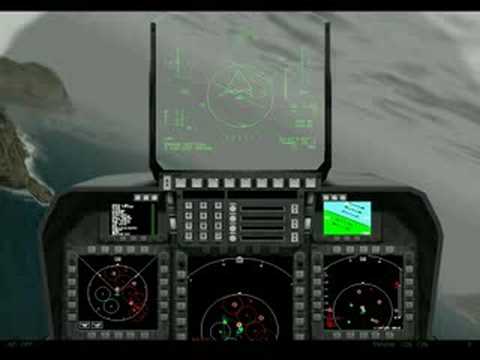 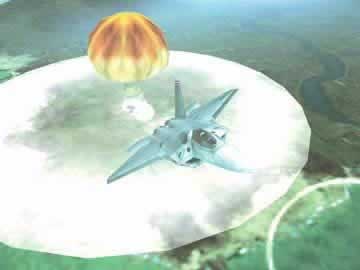 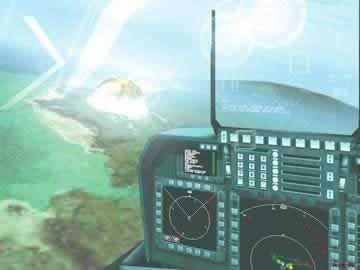