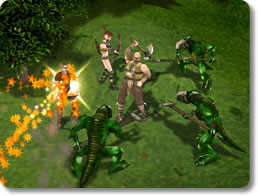 Fight Monsters and the Undead as You Rid the Realm of Evil in This Hack & Slash RPG!

Discover the Secrets of Your Past and Defeat a Horrific Evil

You awaken to find that you can't remember where you are, how you got there, or what happened in your past. The only thing you know is that your name is Zak. Upon investigating a village for hints about your past, the peasants greet you proclaiming you to be "the chosen." You soon come to realize that this legendary figure is expected to save the helpless citizens from evil.

It is now up to you to undertake various quests and try to rid the realm of evil. Perform more than 80 quests as you travel across three massive islands, each with its own diverse climate and culture. Use your bow, sword and magic to defeat more than 300 monsters as you delve deeper into the secrets of your past.

Evil Islands plays like a traditional hack-and-slash role-playing adventure with tons of action. You can issue move and attack commands with the left mouse button, rotate the camera by holding the right mouse button and zoom in and out by scrolling the mouse wheel. The main gameplay features a variety of quests that you'll receive from quirky characters like Erfar the Silvertongue, Barbur the Tightfist and Gort the Skullcrusher.

Collect gold in order to purchase better weapons and spells as you make your way through the progressively more difficult quests. The fighting system, at its core, is point-and-click combat, but it adds in some interesting features. For example, you can target your foes' limbs in order to reduce their combat effectiveness and increase your chances of a critical hit. You can also creep up on unsuspecting foes or sneak past them completely.

Evil Islands has all the elements of a classic role-playing game and adds plenty of strategic situations. In some cases, it is best to sneak past a group of guards, but there are several different avenues to try and all but one usually leads to some tight situations. You'll need to use all your skill and cunning as you explore dark dungeons and mysterious forests in order to find those precious items and unravel the clues to your past.

Another way that Evil Islands is a unique RPG experience is that there are no set character classes. You gain experience points by killing foes and completing quests and these can be used to boost skill in melee, archery, stealing and three types of magic skills. In this way you get to shape your character to match your personal gaming style.

Evil Islands is a 3D role-playing game (RPG) in which you control Zak, a strange man who awakes among ruins with no recollection of who he is. You'll need to explore the world and complete a variety of quests to unravel the mystery behind who you are and how you ended up in the ruins.

Stealth Or Straight Up Attack

You can take on enemies in fierce head-to-head combat, or take a more stealthy approach and sneak past deadly foes. You can even attack individual body parts on enemies to slow their attack speed or weaken them. You have the ability to create and use new weapons, armor, and spells. There's even a multiplayer option to let you quest with others online.

You jump right into the action as soon as you start the game, with your first quest to follow a suspicious group of people. You'll quickly come across enemies that you'll need to battle. Unlike many other RPGs, combat in this game is not turn-based. You can take on enemies using melee weapons, ranged weapons, or magical spells. You can also choose to attack specific body parts of your enemy. Trying to hit their head may be difficult, but will also cause more damage when successful. Attacking their limbs may not do as much damage, but could slow their attack speed so that you are damaged less.

There are also opportunities to sneak or crawl past enemies, which comes in handy when trying to steal from them or avoid what would be certain death in a fight. The one big downside when it comes to the gameplay is the slow pace of the game. Running and magical spells require stamina. You can also only regenerate stamina by standing still and doing nothing. Between running and spells, stamina goes quickly and you'll often find yourself walking slowly or sitting still (which can feel painfully slow).

There are two difficulty options offered in the game that can be switched between at any point. Novice difficulty makes the game a bit easier, while Normal provides the typical challenge. Multiplayer provides a different experience and level of challenge as well. Unfortunately, there aren't many players online playing this game.

In addition to difficulty settings, there are various hints or tutorials throughout play that explain various mechanics and screens. It will take a bit of time to come across and learn everything, but this game is simple enough for anyone to play while still providing a good level of challenge. The only issue is that you can sometimes die fairly easily and unexpectedly, requiring you to save and reload the game often.

The controls for the game are clearly explained through the helpful hints and tutorials early on in the game, and can also be customized. Many of the basic functions of the game can be done with only the mouse, but more experienced or skilled players can make use of keyboard shortcuts to make things a bit quicker.

Unlike many other similar games, Evil Islands has 3D graphics. While they're a bit dated compared to many modern games, they still look good and don't impact the game in any negative way. Some of the voices for the characters, however, can get annoying after a while. The music doesn't really hurt the game, but doesn't stand out in any way either.

Overall, Evil Islands is a good RPG that is chock full of entertainment despite its age. The slow pace of play and annoying voices can put off players, but the positive aspects of the game are tried and true cornerstones of RPG gameplay. An engaging story tasks you with finding the cause of your memory loss and who you really are.

You can choose to take on enemies in fierce combat, or sneak around and avoid danger. Attacking different body parts will cause different levels of damage and impair your enemies. You can craft new weapons, armor, and spells to use. There's even a multiplayer option that allows you to play and quest with others online. This game is an excellent choice for any RPG fan. 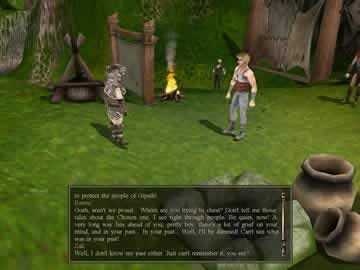 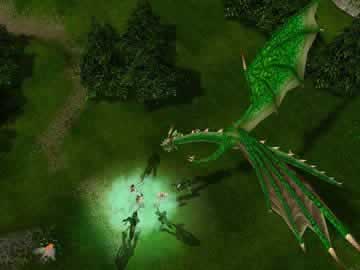