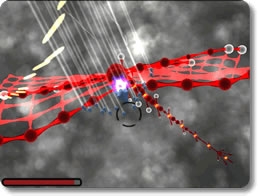 This Is One Unique Shooter

Clear the Skies of Your Enemies!

Giant monstrosities have entered your domain and threaten your very existence. Take to the skies as a god bird and use your flock of birds to hit these behemoths' weak points to bring them down. Experience third-person aerial action as you command your legion of birds in the exciting gameplay of Empyreal Nocturne.

Empyreal Nocturne has some rather interesting gameplay mechanics and, yet, keeps the controls simple enough that even new gamers can get the hang of things within only a few minutes of play. You control the large god bird and utilize the flock of smaller birds that fly in front of you to do a variety of actions.

Control the flight of your god bird with the 'WASD' keys and aim with the mouse. The cursor will change and rotate when you are in range of one of the monster's target orbs, then just click with the left mouse button to send out your birds to attack. Additionally you can sacrifice a bird with the space bar to get a temporary speed boost or regain some of your health by clicking the right mouse button. You can also have your birds defend you from attacks by rolling the scroll wheel on your mouse backward, and simply reenter attack mode by scrolling the wheel forward.

While there are only a handful of enemy monster's to fight, each requires some skill and patience to bring down. You are pretty much fighting a succession of bosses and each one gets progressively more difficult to defeat, even with the additional birds you receive with each progression. There is also some strategy involved in that you are constantly replenishing the birds at your command, but you must be careful how many you send out to attack and that they have enough time to get back to you to defend against your enemy's counterattack.

So if you are looking for a fun and interesting game that doesn't require a huge time investment, then try out Empyreal Nocturne and experience fascinating aerial-combat that doesn't cost you a single penny! 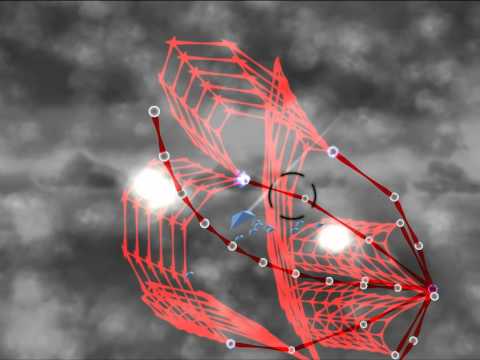 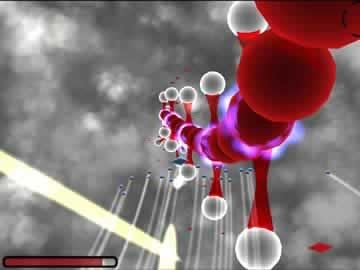