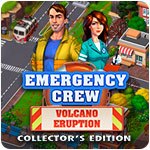 In Coastland, there was an earthquake! Stephen Shepard's Emergency Crew went to people's aid right away. The crew began their operation on the shore and immediately went to the city centre, where buildings had collapsed as a result of the earthquake and people were trapped beneath the wreckage. After evacuating the city, the heroes realise the scale of the crisis much surpasses their expectations: woods are on fire, and a volcano is erupting. It is now their responsibility to save everyone from the danger zone! Set off on a daring rescue expedition! Remember, time is money! Save victims from a catastrophe! 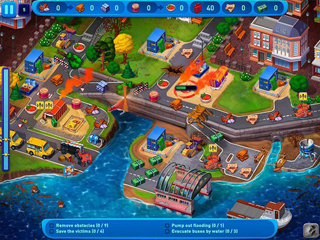 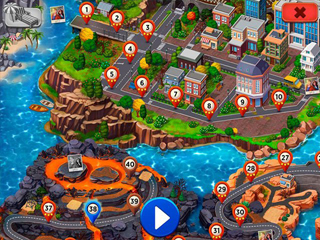