Make Daring Jumps and Flip Through the Air on Your Trusty Motorcycle! 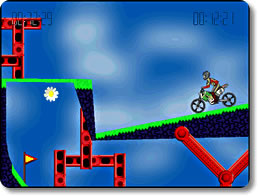 Get ready for one of the craziest rides of your life! In Elasto Mania, it’s going to be man and machine versus the laws of physics in one of the most challenging driving-platformers ever conceived. On your dependable motorbike, you will race over crash-prone terrain, drive up hills, brave dangerous leaps, and struggle to stay upright the entire time. Keep your head cool, your engine hot, and your feet planted firmly on both the gas and brake, and you just might make it out alive.

Elasto Mania should be a simple enough game to grasp at the start. The object of every level is to drive your motor bike into the giant flower-shaped goal. The simplicity ends there, for the game is a lot harder than it sounds. You have to contend with all sorts of hazards along the way, all of which threaten to send your head to the pavement. If you succeed, then you’ll move onward to the next challenge. If you fail, it’s back to the beginning for you!

Play with a Friend

You don’t need to experience Elasto Mania by your lonesome. You can invite a friend along to conquer the challenges of the game together.

Elasto Mania already contains a metric ton of content that should keep you occupied for a good while. Even if that is not the case, there’s more to the game than what comes in the initial download package. Elasto Mania may be an independent project, but it has an extensive community that’s made it bigger than ever before over the years. If you’re creatively-inclined, you might end up a part of it soon enough.

Elasto Mania is an interesting little title. You’re unlikely to find a game with both an objective that is so simple and a challenge level that is so high. More than that, you’re also not likely to find how such an otherwise simple game can eat up so many hours of your time, but that’s exactly what it will do thanks to the thousands of free user-made levels that are available. If you think you’re up to it, Elasto Mania is definitely worth a spin. Just try not to spin too much while you’re on that motor bike. 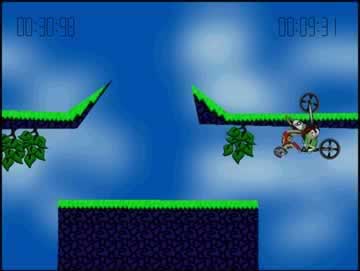 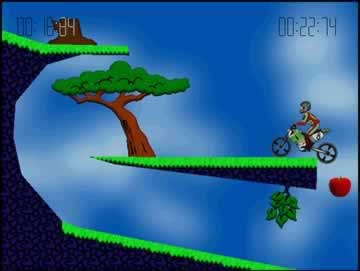