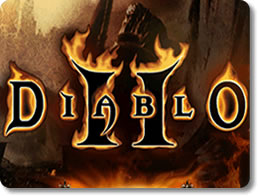 Become a Force of Reckoning as You Hack and Slash through Hell!

Evil is stirring in the ground beneath your feet. Only the only the bravest, strongest and most clever can hope to silence it. Enter the grim world of Diablo II, one of the most addictive games ever devised.

Assuming the role of a lone hero, you will take a long and arduous journey into Hell. Legions of powerful and horrific demons await you, but with a good sword arm and a grimoire of spells, you just might be able to slay them down to the last imp.

As you fight, you will grow with experience, learn even more powerful abilities, and amass higher quality items that will hopefully be enough to take on Hell’s mightiest denizens.

The people of Sanctuary believed that their nightmares were over. A lone hero did the impossible; he journeyed into Hell, defeated Diablo, Lord of Terror, and imprisoned the fiend’s soulstone into his own body. It was a harrowing trial, but worth it in the end for the peace it would undoubtedly bring.

Unfortunately, it wasn’t meant to be. The hero may have been strong enough to best Diablo in physical combat, but he could not win the battle for his own soul. Diablo corrupted him, took the body for himself, and unleashed Hell upon Sanctuary in greater force!

Worse, he is no longer alone. By setting his fellow Prime Evils free, Diablo has ensured that nothing can possibly stand against Hell’s incursion. Sanctuary believed its nightmare was over, but it has only just begun.

Getting it to Work

Diablo II may be an undisputed classic, but it’s also an old game. Modern systems often have trouble running it. If you cannot get the game or demo to play correctly on your system, then consider doing the following steps.

Rend Your Foes Asunder with the Barbarian

The best way to conquer evil is to hit it where it counts. If that doesn’t work, then you need to hit harder with a bigger weapon. That’s how the Barbarian rolls. If you want to make mincemeat of Diablo’s minions up close and personal, this is your ideal class.

Prove Your Strength with the Amazon

She can fight, shoot and cast spells. The Amazon does everything possible to keep evil at bay. Capable of dealing damage from a variety of ranges, this class boasts the greatest amount of flexibility in Diablo II.

Master Death with the Necromancer

For the hero who doesn’t want to get his hands dirty, the Necromancer is unequaled. Rather than deal direct damage, he can instead curse his foes or simply call on some friends from the other side.

Control the Elements with the Sorceress

The Sorceress specializes in causing destruction over a wide range with her array of magic spells. She may not be the most durable heroine out there, but that doesn’t matter; everything she faces will be dead long before she comes within reach.

Light the Way with the Paladin

In these dark times, people need heroes to provide guidance and hope. Through his bravery and the magical auras he evokes, the Paladin provides both.

Hell has Never Been So Heavenly

What more is there to say? Diablo II is over a decade old and it still remains as one of the most widely played RPGs ever thanks to its sheer amount of variety and replay value. If you have any doubts, check out the freeware demo.

Take control of a Barbarian hero and guide him through his first adventure in Act I. You can only learn the first-level abilities in his skill tree, but you can level up as high as you want and equip every item that is permitted by the class. Take your time; Hell will be waiting for you. 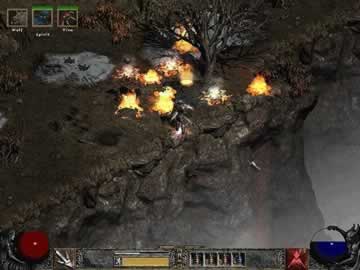 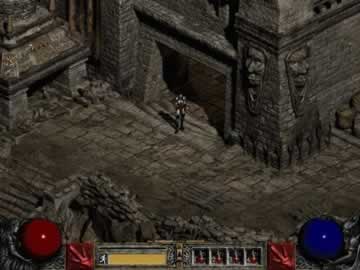