Crown Of The Empire Around the World Collector's Edition 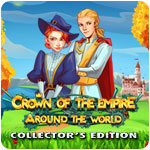 Crown of the Empire: fun adventures await! The queen needs your help!

Elena never dreamed of marrying a prince, dancing at balls and being bathed in luxury. While her sisters daydreamed of crowns, gems and new dresses, Elena delved into the darkest caves, explored catacombs in search of eerie secrets and mysteries. And even status of chief maid of honor didn't dampen her ardor. Incidentally, the queen never objected to her subject's daring, bravery and desperate curiosity. Her Majesty had given Elena complex, and sometimes dangerous tasks more than once. Soon Elena and her friends and allies - Percy and Jorik - created a team that could solve any puzzle and handle the most difficult of tasks. All members of the royal family respected Elena. The maid of honor was particularly friendly with the Prince, the young nephew of His Majesty. He had long dreamed to take part in the adventures of Elena and her team, and he finally got the chance. The queen's favorite corgi Buttercup went missing. The Prince knew Buttercup better than anyone from the team, which meant he could help Elena and her friends search for the queen's beloved pet. As dusk began to fall, the team set off to scour the palace grounds, but Buttercup was nowhere to be found. "She probably ran off into the woods," the Prince suggested. "We need to search there." Trusting the Prince's intuition, Elena, Jorik and Percy walked into the woods and followed the young man into its very depths. They walked in complete silence, when suddenly they heard voices and a dog barking nearby. As they crept up to the source of the sound, the friends saw two strangers in masks trying to shove a protesting and snarling corgi into a bag. "Let's surround them and capture them," Percy suggested. The friends nodded in response and split up, cutting off the villains' retreat. Then a branch treacherously broke beneath the Prince's feet. They had no time to waste - the friends jumped out of cover and rushed toward the kidnappers, but they dropped the corgi and the bag on the ground and ran into the gloom of the woods. "Wait, where's the prince?" Jorik asked, looking from side to side. It was like the young man had disappeared into thin air. Join Elena on an incredible adventure through an alternate world of the Victorian era. You'll see incredible Scottish valleys, the rocky cliffs of Malta, a hot desert and much more! Can good prevail? Will Elena find the missing prince? 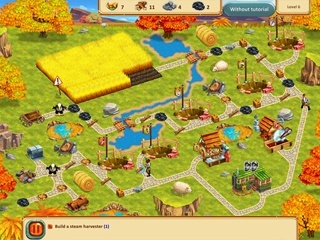 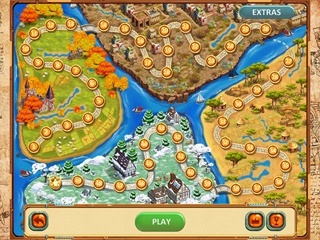 Rate: Crown Of The Empire Around the World Collector's Edition