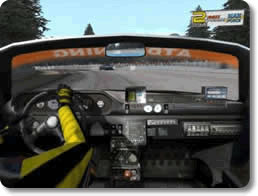 No matter what type of racing you like, it's here!

In career mode, navigate more than 65 races in six complete environments to grab the glory and reach the top spot on the podium. If you're not first, you're last!

Take a turn too fast and you might slam into the wall or even flip! Take it too slow and the other drivers will laugh as they leave you in the dust.

The lifelike physics of Cross Racing Championship 2005 allow you and your car to feel the full effects of every type of terrain, from bumpy dirt roads and dry river beds to speedy racetracks, and you'll need to adjust your driving style to each unique surface to ensure the best performance from your vehicle.

Both cars and environments are visually stunning, and they interact realistically! Watch as your spotless car becomes caked with dirt and mud over the grueling course of the race.

If you hit walls or other obstacles, your car visibly accumulates damage and its performance may suffer. Be careful out there!

In addition to environments and racing surfaces, Cross Racing Championship 2005 offers six different car types, each one fully customizable in both appearance and performance characteristics. As you begin to win, receive upgrades which make your car better than before! Start your engine in quick race, free ride, time trial, and multiplayer modes as well as career.

Cross Racing Championship 2005 isn't just for off-road racers, and it isn't just for fans of closed circuit courses. Instead, its unique, all-inclusive approach to auto racing ensures that aspiring racers of all kinds, skills and ages can enjoy!

What the pro reviewers are saying about Cross Racing Championship 2005

Download the free trial version of Cross Racing Championship 2005 now and experience for yourself what everyone is raving about!

Racing across dirt, gravel and concrete at incredible speeds is what sets Cross Racing Championship apart from other racing games. This is a unique arcade-simulation hybrid offering the best of both worlds and appealing to gamers of all racing types. Alternate styles of race mode such as “hit and swap” add interesting twists over the standard racing game.

Cross Racing Championship is a rally series racing that lets you race across dirt, gravel and concrete tracks. There is a wide assortment of cars to unlock such as trucks or buggies for the off road series. Each vehicle has three stages of upgrades that can be unlocked by finishing in second place or better in each race. The best way to start the game is by playing the career mode as this will unlock vehicles and tracks that you can then access in quickplay or free mode.

In all modes the difficulty can be adjusted from amateur to professional. All elements of the race are affected by the difficulty level. By increasing or decreasing the difficulty level it essentially acts like a slider that lets you pick how realistic you want the game. The difficult end of the spectrum is the simulation style play, damage increases and handing becomes harder. On the easy settings these aspects (damage and handle) still play a role, but have a smaller impact on your ability to race.

A Couple Other Racing Modes

Standard racing isn't the only option in Cross Racing Championship. There are also two other modes of racing, “hit and swap” and knockout. Hit and swap is a fun way to race around the track. In this option, bumping into another player switches you to driving that car. This brings a unique challenge to the race because others can also bump into you. In knockout mode you have to fight to not be the last person each lap. If you are the last person, you get eliminated and the last person still racing is the event winner.

Cross Racing Championship also offers two forms of multiplayer, online and “hot seat”. Hot seat allows you and your friends to each take a lap in a race so you can challenge each other for the best time. Having multiple players run just a few laps each adds some complexity to the game. Online multiplayer allows you to connect with friends via the Internet so you can race against each other directly. Other than racing against your friends the online multiplayer doesn't have a lot of use, it would need a larger online community for that.

May Be Too Easy For Some

One of the few drawbacks to this game is the difficulty level. Even on the amateur setting it is very difficult to even place in a race, mainly because the first car you're given is underpowered. Since the races are so difficult, progression into the later parts of the game is very difficult. Beginners will need a little practice on some of the tracks before they can hope to progress in the career mode.

Cross Racing Championship provides a unique blend of simulation and arcade style racing that will attract fans from both genres. Allowing the user to pick how realistic they want the game gives this game an edge over others. Multiple options for multiplayer action means you have plenty of ways to enjoy the game with friends. Progressing through the career mode will take some patience and effort but if you're willing to put in the time (and you should) it will more than pay off in the end. 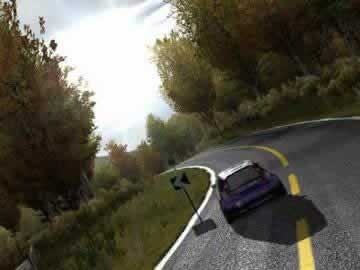 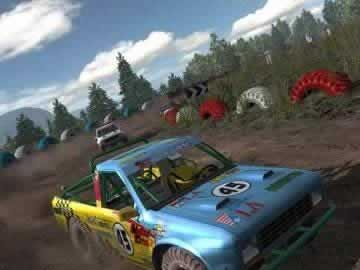