It's time for the Interstellar Soccer Cup! Lead your team to victory in Crazy Soccer Football Star 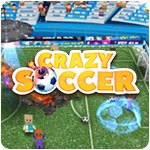 Soccer (or football, as some of us call it) was formerly supposed to be a purely human activity, until aliens invaded and presented the ultimate challenge. As a result, the World Cup is now known as the Interstellar Soccer Cup! Demonstrate to the aliens who is the best coach in the galaxy by defeating them. Crazy Soccer is a type of soccer that consists of furious and quick (under 5 minutes) matches between odd teams. The game's customization features allow you to mix and combine diverse combinations, such as Englishmen wearing traditional top hats, small blondes with adorable eyes, and shouting Spartans. However, without your assistance, no star squad can hope to win the Interstellar Cup and battle aliens. Use turrets, meteors, cows... or familiar-looking legionnaires with specific skills to decimate your opponents. 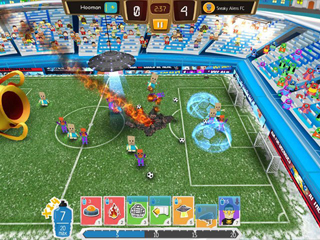 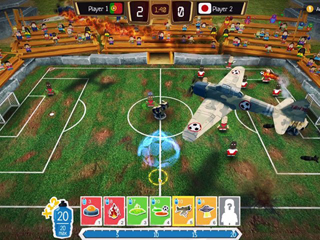