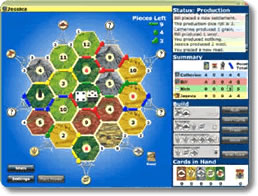 Compete Against Three Other Players in Building the Most Successful Civilization!

Editor's Update (10/16/14) - Even though we cannot offer this game, you can still get a downloadable version of the game at the Catan website

At the dawning of the 16th century, European explorers chanced upon a remote island in the Atlantic Ocean. The land was bountiful in resources, filled with fertile soil, evergreen forests, vast amounts of mineral deposits, and herds of wild sheep.

Needless to say, it was not an opportunity that could be passed up. Settlers quickly made their way to the island, now dubbed Catan, and began to establish what would eventually become a legend.

That’s how the story began in The Settlers of Catan, an award-winning board game designed by Klaus Teuber in 1995. In this game, players would take on the roles of settlers building a colony on the titular island, simultaneously working together and competing against each other. That game is now available on the computer in the form of Catan.

Catan offers a wide level of ways to shake up its gameplay and ensure that no two games will ever be alike.

Play against up to three computer opponents.
Adjust the AI settings for your competition. Set them to play nicely, aggressively or anywhere in between.
Features a randomly-generating board. A new game yields a whole new map!

Catan is easy to learn. The object of the game is simply to be the first player to score ten Victory Points. Since getting Victory Points requires building settlements and cities, you better get to work!

The Economics of Catan

If you want to win Catan, then you’re going to need to get more resources than what you can scrape off the land. The only way to do that is to open up relations with your rivals.

Trade resources with your opponents.
Trade happens in real time. Don’t hesitate if a generous offer comes up, or else a quick opponent will snatch it up first.
Increase the size of your offers to entice hesitant opponents into accepting them.

Resources are used for more than just building materials. They can also be useful for purchasing development cards. These developments can have a number of unique effects on your game.

Form your own personal army by hiring Knights. Use them to chase away pesky robbers!
Earn more potential Victory Points.
Gain access to special abilities.

If you enjoy a good game that encourages strategy, then Catan should be well worth your consideration. If you’re just a beginner, it can show you the ropes. If you’re a longtime fan, then you can finally get it in convenient digital package.

Catan is an island of promise, so hop on the boat today! 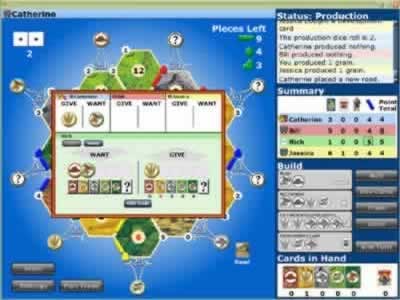 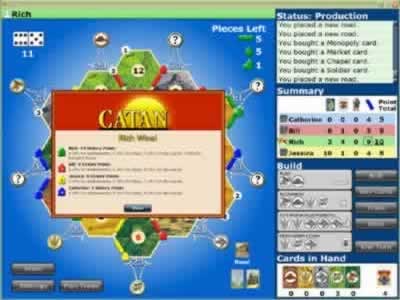