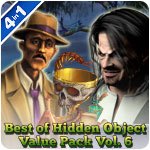 Four incredible Hidden Object adventures awaits you in this wonderful bundle! You'll be entertained with unique new Hidden Object gameplay along with intoxicating mysteries that needs to be solved.

Apothecarium - Renaissance of Evil
There are rumors of a town that holds the secret to curing horrible diseases... Apothecarium. But now people are disappearing there. It's up to you to find the truth in Apothecarium: The Renaissance of Evil. Visit Italy during the Renaissance to solve the mystery of an ancient evil and save innocent lives. Hunt for clues and complete puzzles in this captivating hidden object game. Welcome to the Italian Renaissance...

VooDoo Chronicles - The First Sign
Help James Voodoo in his investigation on a brain-twisting mystery, which involves saving a city from a deadly monster attack! Travel with him to the forsaken hamlet of Ravenhill to the richest city in the world, Richtown. Travel by ship and even by a huge military airship. Find out the secret of the lost tribe, solve the puzzle of the mysterious stranger who is following you everywhere, and find out the story of a charming beauty named Kitty.

Search for the Wonderland
DO you love hidden object games as much as we do? Think you're an expert? Put your skills to the test with non-stop, round-based hidden object scenes. The quicker you find object, the higher your score will rise! But if you'd prefer a more casual experience, try playing the game in relaxed mode!

The Mysterious Case of Dr. Jekyll and Mr. Hyde
At the turn of the 19th century, a monster lurks in the shadowy fog of Victorian London. A young girl has been trampled, a member of Parliament has been murdered, a street vendor has been assaulted. Who is responsible for these crimes? Mr. Utterson discovers that the case is not related to his friend Dr. Jekyll, but to the terrible individual staying at his house: Mr. Hyde. Step into Mr. Utterson's shoes and discover the ghastly link that connects Dr. Jekyll with the malicious Mr. Hyde... Can it be broken? It's up to you to solve the mystery! 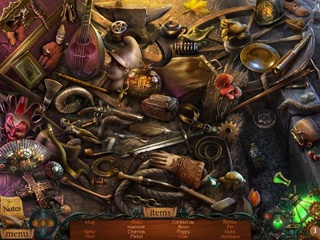 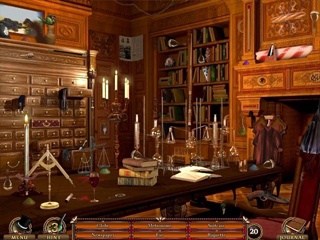