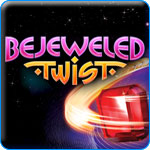 Get ready to rotate, match and explode colorful gems! With Bejeweled Twist, you can rack up points by matching three or more jewels of the same color. Whether you are a puzzle veteran, someone who enjoys brain-busting puzzles or if you simply enjoy casual games, the addictive gameplay of Bejeweled Twist will appeal to a wide variety of playing styles.

Gamers of all ages are sure to find an enjoyable aspect of Bejeweled Twist!

Each time you click your mouse, the gems will rotate in a clockwise position. Gems cannot be rotated counterclockwise. When you successfully match at least three like-colored gems, they disappear and more gems are added to the board.

There is also a Level up Tube that appears on the left side of the board. The tube gradually fills up as you make matches of jewels and you are able to advance to the next level once the tube is completely filled. The instant replay button becomes available if you make a particularly dazzling move that scores many points.

You can find seven different colors of gems in Bejeweled Twist. These include violet, yellow, red, white, orange, blue and green. All gems are scored the same unless you create a match containing a special gem.

Bejeweled Twist contains a variety of special gems that appear randomly on the board. These gems can either make the game more difficult or allow you to significantly increase the amount of points you receive when making matches. Examples of the different gems you can expect include:

Bejeweled Twist has four game modes for you to choose from. Each mode offers a different way to play. 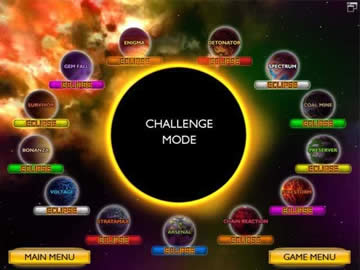 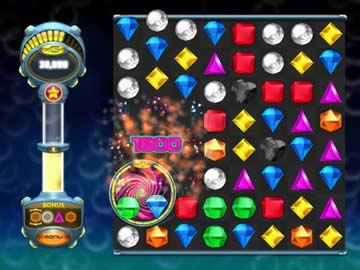