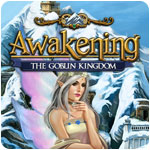 Help the Princess Save Her People!

Princess Sophia returns for a third time in Awakening: The Goblin Kingdom, continuing her search for answers!

In the previous two games, she left her sheltered castle life to travel an empty countryside where her kingdom's citizens once lived. After traveling through the realm of the fairies in Awakening 2: Moonfell Wood, now she treks through the mountains and halls of the Goblin King. New puzzles, friends and adventures await her as she continues to seek the truth!

The most striking aspect of Awakening: The Goblin Kingdom is the fact that there are many different types of puzzles to solve. Rather than being focused on mental mapmaking and backtracking, you are challenged with a variety of mini-games, including but not limited to:

Once you find a group of puzzles, you tend to have to solve each one to get pieces needed to solve other puzzles in the group. This differs from past Awakening games, where you might come across a puzzle you can't solve until you find a special item two scenes later.

As with most games, the puzzles get more difficult as the game moves along. You will either have to be well-informed about game puzzle types or clever at figuring out the goal when faced with a problem, as the game doesn't offer much instruction. You will find a set of numbers, shapes or colors with no explanation; you will have to figure out what you're supposed to do.

If you're playing on the casual difficulty setting, you can skip past these puzzles easily, but the advanced setting takes a long time for the "Skip" button to charge.

The sound and imagery conjure a brightly colored fantasy wonderland with a sense of soft focus and relaxed gameplay. The music is soothing, and the player never feels in any danger even at the heart of the Goblin Kingdom. It feels like walking through a fairy tale. The voice acting, an area where many games falter, is surprisingly well-done.

Awakening: The Goblin Kingdom is very similar to previous games in the series, which is a good thing, but also provides some improvements by focusing exclusively on increased puzzle variety. Because of this, the Goblin Kingdom feels fresh from start to finish. 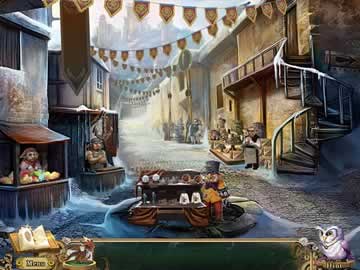 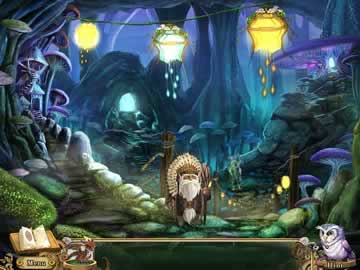