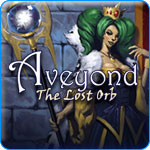 The Legendary Orb of Death is Real!

Today is Mel's wedding day and it's supposed to be the happiest day of her life! That is, until another woman marries her man and something creepy starts following her and reminding her of her past.

Then she finds out that the Orbs of Power weren't all destroyed and that she's still in line as the Darkthrop heir. She knows it's a trap, but if she can't destroy the Orb of Death then another heir might use it to wreak havoc on the world in this suspenseful third chapter of Mel's story!

This role-playing game is full of spunk and many plot twists. Guide Mel as she explores, quests and fights tons of enemies. Buy and upgrade powerful weapons and fight everything from wolves to worms in caves, forests, treacherous mountains and more.

Help Mel solve quests like searching a labyrinth of dangerous, worm-ridden tunnels for four shields for the Empress, and bringing a letter to a vampire to reunite two lovers. As Mel explores, she can even learn skills like rockclimbing.

This game is unique because quests can be difficult to solve but the clues are usually in dialogues. Enjoy side quests that can have multiple outcomes depending on the choices you make.

This endearing game will hook you from the beginning with its characters and story but you'll want to keep playing as you feel the heat of battles and the reward of solving difficult quests. The story is packed with detail and interesting plot twists and the gameplay complements the story very well so you'll always have plenty to do.

Can you help Mel save the world again? Challenge yourself now with Aveyond: The Lost Orb!

Mel is back once again in Aveyond: The Lost Orb to battle the forces of evil as she works to destroy a magical orb that could wreak havoc on the world. You take control of Mel as you explore the world completing challenging quests and battling deadly enemies.

This role-playing game (RPG) is simple enough for anyone to learn and play thanks to helpful tutorials and several difficulty settings. Not only is the gameplay well done, but this game also brings an interesting story that includes plenty of humor.

Aveyond: The Lost Orb contains all the necessary elements to make a great RPG. You start off with an introduction to the story and tutorial (both of which you can skip), and then jump right into the action. The story plays a central role in the game from the start and drives your exploration. You travel throughout towns and forests as you progress through the game. You can find bags of money and boxes of treasure hidden around the world, often guarded by dangerous enemies. You take on enemies in turn-based combat typical to this genre of games. You have several options when battling, including attack, defend, magical spells, using items, or equipping different armor.

Gain Characters to Join Your Party

As you advance through the story you can gain allies that will join your party and aid you in battle. It won't be long before you're taking on a large group of fierce enemies with your own group of heroes. You'll be able to collect and purchase stronger armor and weapons, as well as learn more powerful magical spells. Many of the core elements that make RPGs great are in this game.

The one downside for serious RPG fanatics may be the lack of customization or control in this game. You are placed in control of various characters and don't really have many options to customize or change them (beyond their armor/weapons). Some players may prefer the level of customization and control that other games offer where you can change almost anything.

One of the better features of the game is the ability to choose a difficulty before starting. You can choose an easy experience where enemies are weaker and you are stronger, or a tough and challenging experience with difficult enemies that respawn often. It makes the game more attractive to a larger group of players, and lets you experience the gameplay and story even if you aren't the best or most experienced RPG player.

The graphics in the game are fairly simple and 2D. However, it doesn't really hurt the game or detract from the gameplay at all. The graphics are also similar to those of many other RPGs. Similarly, combat animations are fairly limited and not all that exciting, but it's not a huge issue. The sound effects and music are both great additions to the game that add to the atmosphere and help draw you into the game.

Aveyond: The Lost Orb is an addictive and entertaining RPG that's excellent for any fan of the Averyond series or players looking for a simpler or easier RPG experience. It's even a good option for some of the more skilled or hardcore players thanks to the multiple difficulty levels. There's an interesting story with a mix of serious plot and funny elements.

This game does well when it comes to the basics of an RPG as you explore various locations, complete quests, and battle deadly enemies. A helpful tutorial teaches you the basics before you jump into the action. This game is definitely worth trying. 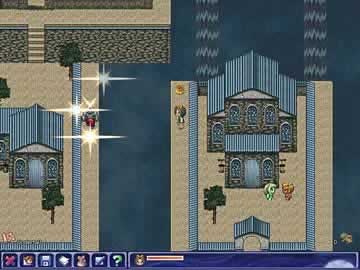 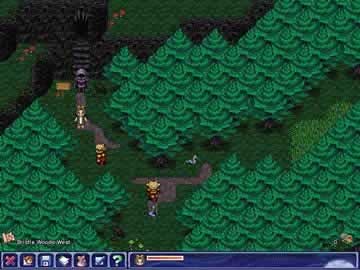