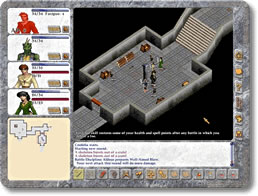 Gain Control of Your Empire in the Fantasy Underground World of Avernum 5!

Editor's Update (10/15/14) - You can get a free demo of this game, or purchase the full version, at the developer's official site

Stop the Assassin and Save The Empress!

Return to the world of Avernum and take the role of a soldier of the Empire. The rebel, Dorikas, has just tried to assassinate the Empress Prazac and fled down into the underworld of Avernum. Delve into this nation of bandits, misfits, and barely civilized monsters, all of whom mostly hate the Empire.

Explore this realm of fantasy and magic as you hunt down the villain and gain the aid of the many strange cave dwellers. Deal with spies, assassins, and betrayal as you decide the ultimate ending to this tale.

Undertake an epic quest through the underground kingdom with a team of four characters, each with their own unique class and skills. Create your customizable group at the start screen before heading off to collect items, meet a variety of characters, explore, and fight off the hoards of enemies.

Tackle the challenges you face in a variety of ways each with their own repercussions. You could think your way around locked doors and traps or use your muscle and brute force to make your way through. Upgrade your characters and advance at your own pace in this point-and-click RPG.

One of the most interesting aspects of Avernum 5 is the choices you can make in progressing the story. You can stay loyal to the Empress, join up forces with the enemy, and even change which side you're on multiple times as you work your way to the final conclusion. Your actions also have an effect on the availability of later quests and how others react to you.

For instance, you are given the opportunity to help a poor man stake a claim to a piece of land, but someone else with more money is also interested in the land. It's up to you to decide who to tell first when the land is available, and expect the other will be slightly upset by your choice. With a variety of side missions and characters to interact with, Avernum 5 will give you hours of exciting gameplay.

If you like RPGs and a not so linear story, then download Avernum 5 today and decide the fate of the Empire!

Avernum 5 is a classic role-playing-game which continues the point-and-click adventuring of this series.

This time around the benevolent Empress Prazac life has been threatened by a failed assassination attempt by the evil mage Dorikas. He has fled to the underground realm of Avernum and it's up to you to descend to the depths and find the villain.

This is where a very interesting aspect of the story arises in that you can choose which side you want to align yourself with and get the option to switch this throughout your adventures. You can stick with the Empress and fight for a more benevolent Empire or join Dorikas in his dark works and take the Empire back to its harsher and more violent past. This also adds a great deal to the replayability of the game as you can go back and choose a different path to experience other quests and get a different outcome to the story.

You have a great amount of leeway in forming your four character party and melding a team which works best with your gameplay strategies. You can fill up with warriors and rogues or have a caste of fire wielding mages and healing priests, or any mixture you want.

The addition of battle disciplines greatly enhances your non-magic wielding characters as they add a strategic element, for instance using your knowledge of anatomy to make more effective strikes or tripping your opponent to make them less able to defend against your attacks. Also, the disciplines can be used whenever as long as you wait a short time for the fatigue of using them wears off.

Overall Avernum 5 is a great example of classic RPGs and provides more of the thrilling adventuring the series is known for, such as cleaning up a mage's failed experiment, dealing with unruly bandits, and settling land disputes. While the graphics aren't the best and haven't really changed from the previous titles in the series, the expansive story and exciting quests you can partake in more than make up for this.

For those new to the RPG genre you might want to try out the rather long demo, which gives you 80 minutes of gameplay, and see how you feel about the graphics and turn-based action, but for fans of this series this title is sure to please. 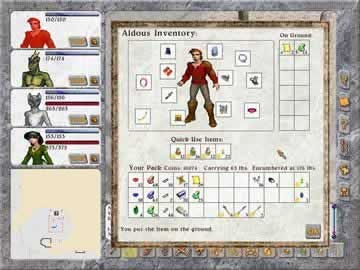 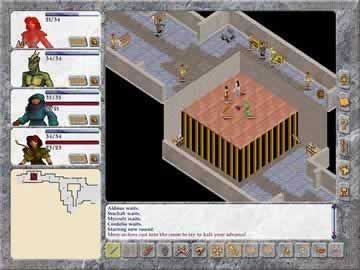