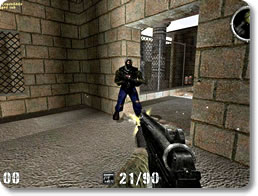 AssaultCube is an open source 3D shooter that will have you running and gunning in minutes. Experience fast-paced first-person action with the rather impressive Cube engine graphics, especially considering the download size is only 40mb! You can enjoy hours of frantic on-line play and join any number of clans in the expansive AssaultCube community.

The FPS action found in AssaultCube is much like its predecessors, the earlier versions were known as Action Cube 1 and 2, with frenzied battles occurring around every corner. Upon loading the game, you start out in a small map with no enemies so you can figure out the controls and fine tune the various set-up options, such as resolution and any changes to the controls. Then, it is just a few keystrokes to jump into the fun.

There is the option to play singleplayer against computer controlled bots, which are in fact excellent adversaries at the higher levels, or you can join an on-line game and play against challenging human opponents. Wield a wide array of weapons including the assault rifle, sub-machine gun, sniper rifle, pistol, knife, and shotgun.

A Variety of Options

With a level editor included with the installation, the list of maps to explore and wage your battles in is constantly being added to. The assortment of game modes will keep you interested and draw you back for just one more as you experience Deathmatch, Team Deathmatch, One Shot One Kill (sniper rifle only), Last Swiss Standing (knives and grenades only), Capture The Flag and many more. You'll only have to play for a couple of minutes to see why AssaultCube has been compared with such great games as Counter-Strike, and best of all it is totally free.

If you like FPS that are fast-paced and loads of fun, download AssaultCube and start racking up kills today!

Though it's not the most complete or extensive First Person Shooter (FPS) currently on the market, Assault Cube, is a great FPS game with an even better price—free. This download is a graphically sharp game that has you competing in three different single-player modes, as well as in a populated online multiplayer mode. Fans of FPS games or anyone looking for a new and entertaining game should give this a try.

Assault Cube has four game modes that include a rather extensive online option. In the single-player modes you are given several options. You can play in Deathmatch, Team Deathmatch, and One Shot Bot. Deathmatch is an everyone for themselves type of game. You choose the level and the number of competitors and then compete to try and kill as many bots as you can in the predetermined time. In this mode you start with three weapons (assault rifle, pistol, and knife) and can collect ammunition or different weapons as you progress.

Team Deathmatch is similar to regular Deathmatch in every way, except in this game there are two teams rather than individuals fighting other individuals.

One Shot Bot is slightly different than the previous game modes. In this mode you start with a sniper rather than rifle and shooting your opponent just one time will kill him or her. Like in the other versions you have full choice of level, however, this mode can be more challenging because your health is also down. The winner is the person with the most kills.

The multiplayer mode is quite complete for this free FPS download. In the multiplayer setting you can play both online against players throughout the world, or against your friends in a Local Area Network. Though the game is rather old, there is still a thriving online community and finding a game shouldn't be difficult. The game modes for online multiplayer are the same as in single-player, however, you'll be playing against other users from around the world.

Decent Gameplay But Not Up to Modern Standards

As far as gameplay is concerned this game is okay, not great but not horrible. Navigating is like most other FPS games for the PC. You use the mouse to change the view of what you are looking at and you use the WASD keys to move forward, left, backwards, and right. Left-clicking is the primary shoot button and the right click is a secondary action. In the game you will move pretty fluidly, however this is not true with the movements of your opponents.

Though this is less of a factor online, the movements of your opponents is super choppy and not at all realistic. The AI computer players don't seem to try and kill you. Their movements are choppy and side-to-side, rather than clear and attack oriented. Yes, the computers will get you if you are not on your toes, however their movements are super jittery and not focused on the attack.

Another error in gameplay and fluidity of the game can be seen with shooting. When you fire weapons like the pistol and the assault rifle (weapons that can shoot many bullets rapidly) the aim of your mouse jumps a lot because of recoil. This recoil, though it might be realistic) is nearly impossible to compensate for, and makes these weapons less than desirable.

Though Assault Cube is not the same caliber of FPS as titles like Call of Duty or Medal of Honor, this title is a great play and especially for the price—free. The different game modes as well as the online play make this an expansive game that will provide you with hours and hours of play time.

Understanding that there will be few errors with the fluidity of movements and inefficient enemy bots makes the game more enjoyable. This is recommended for older players due to bloody violence.

Watch a few minutes of the intense fighting action and awesome graphics found in Assault Cube. 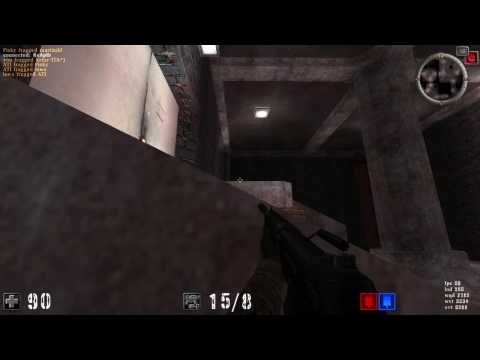 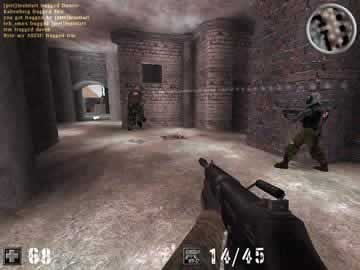 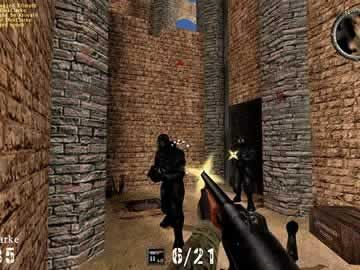