Around the World in 80 Days

Home > Puzzle Games > Around the World in 80 Days 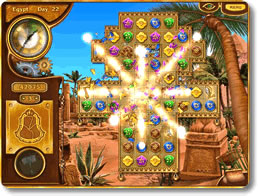 Solve Match 3 Puzzles as You Travel Around the World in 80 Days and Win an Expensive Bet!

If you aren't familiar with the book, Around the World in 80 Days opens with a group of Englishmen arguing at the Reform Club about the possibility of traveling the world in 80 days due to a new railway in India.

One of these men is the wealthy bachelor Phileas Fogg, who is certain he can accomplish just such a feat, and takes up a wager for the Chairman's seat of the Reform Club for ?20,000 - equivalent to 2 million dollars in today's currency!

Follow Phileas as he travels across the continents with his servant, Passepartout. Help them to seek out treasures and get each other out of sticky situations as they visit seven different countries spanning four contients.

Around the World in 80 Days plays like many other match-3 games with power-ups, barriers, and challenging board designs. The hammer power-up can be upgraded to more powerful versions of itself if you continue to make matches of four or more tiles without using it. For example, the first hammer only destroys one tile, while the second hammer destroys all tiles of a selected color and so on.

With one round of match three play equaling a day of travel and the fact that, in their adventures, Phileas and Passepartout spend a number of days in each country, there are more than enough levels to keep things interesting for even the experienced player.

Progressive Difficulty is Spot On

Around the World in 80 Days sets the gameplay difficulty right on target. It eases in new and old players through the first few levels and builds up the complexity of the challenges as you progress.

Even experienced fans of match-3 games will find the challenges of later levels rather daunting at times.

As an added benefit while you are working away your matching skills, you can unlock seven beautifully animated screensavers that work in real time. Scenes change from day to night and even have atmospheric effects such as rain.

If you like match-3 games or are a fan of the novel, download Around the World in 80 Days and start the adventure today!

See clips of the match-3 gameplay and the various power-ups which you can use in this international journey. 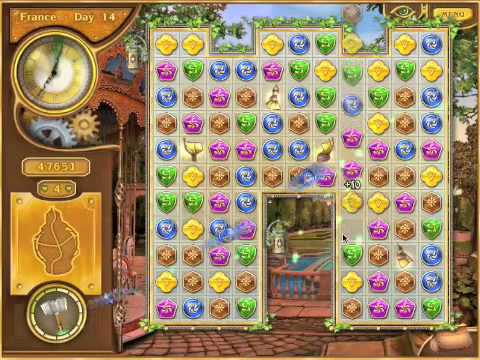 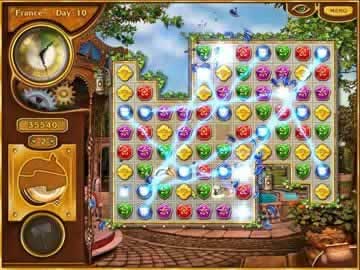 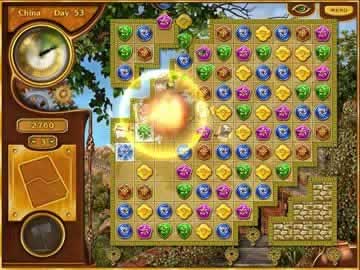 Rate: Around the World in 80 Days