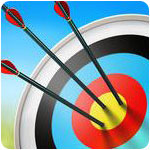 Both Easier and Tougher Than it Looks!

Archery King is basically just a game about shooting arrows at a target. It's extremely simple in concept, but things do get more complicated in their execution.

You won't be able to get new gear or increase your level while playing the single player Challenge or Time Race modes, but they do make for good practice.

There's a much smaller margin for error when playing against others online.

Between the eyebrow-raising accuracy of other players and the amount of persistence needed to progress, I don't expect that Archery King will ingratiate itself to everyone. There's an enjoyable game here, if you're patient, but depending on what you're looking for in your mobile entertainment it might not be worth the effort.

Archery King is a pretty straightforward game when you get right down to it. It's all about firing arrows at a target, and trying to get as close to the center as possible. That simplicity is okay though, because there's plenty of nuance in how you need to go about achieving that goal - whether it's in the single player challenge mode or online against another player.

I have to admit I'm pretty impressed with Archery King's control scheme. What could have been a simple matter of 'point and shoot' (technically it still is but whatever) feels a lot more skill-based thanks to the sensitivity. Tapping and holding will draw an arrow back while dragging your finger aims, but it doesn't take much to move the crosshairs a significant amount. You'll have to use a soft touch in order to avoid missing your mark. Things get even more tricky once you start factoring in wind, distance, and even the occasional moving target.

There are a few different modes on offer, but it really boils down to two: solo and online versus. The solo modes don't earn you any of the in-game currency needed to enter tournaments with other players or get new equipment, but they do offer a good way to practice with factors like increased wind speed and greater distances. Going up against an opponent is really where the focus should be, though.

What's weird is that everything starts out almost painfully easy, and yet it seems to give most players trouble. That doesn't make any sort of sense to me. Granted there is quite a bit of nuance to the trickier shots, but in the early stages when you're going up against other newbie players those factors are practically nonexistent. All you have to do is get the crosshairs over the center of the target, and yet I kept winning my matches by a ridiculous margin.

Conversely, once I upgraded my bow I suddenly found myself going up against players who manages to hit the 10 ring so consistently I couldn't help but wonder if they might be gaming the system somehow. Even if that's not the case, it does lead me to believe that higher end equipment (which reduces wind resistance, increases targeting magnification, etc) gives players a level of advantage that could be considered unfair.

It also seems like match-ups are decided by what gear you own rather than overall skill or accuracy. I was able to tear through early matches with my dinky blue training bow, but as soon as I bought the next best one I found myself being matched against players who were either significantly better than me or using absurdly better equipment - I can't be sure which. Even after switching back to the 'worse' bow I still ended up facing off against users with better stuff.

But why switch to lower-end equipment? Well, because the other bows can wear down. Using any bow other than your starter in either mode (solo or versus) will cause it to degrade. Then you have to spend money to repair it; but you can only get money by playing against other users; but if you're going up against other users you want to use your best stuff. See the dilemma here?

Archery King can be a reasonably entertaining distraction, but it's not just the shots themselves that require patience. Earning enough cash in order to take part in versus matches and earn even more cash can take a while. It can feel like forever when you keep getting matched up with other players who seem incapable of hitting anything less than a 10, honestly. But there is definitely some satisfaction to be had from watching your shots connect. 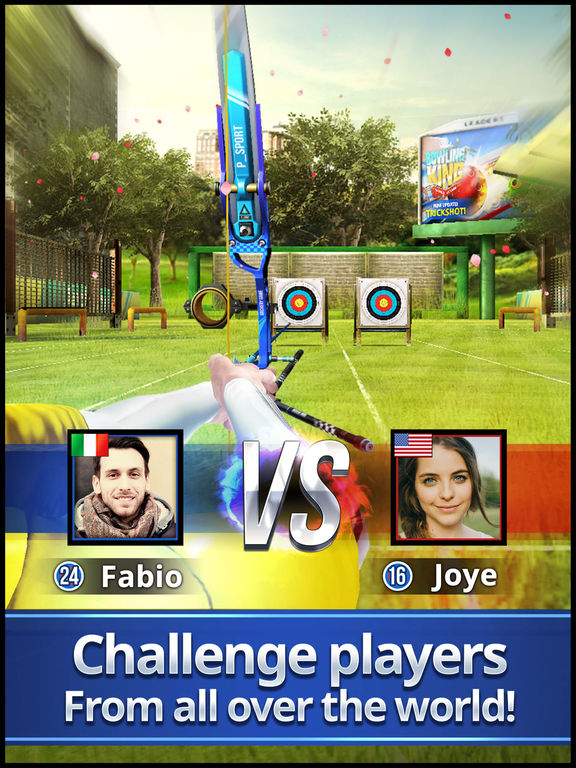 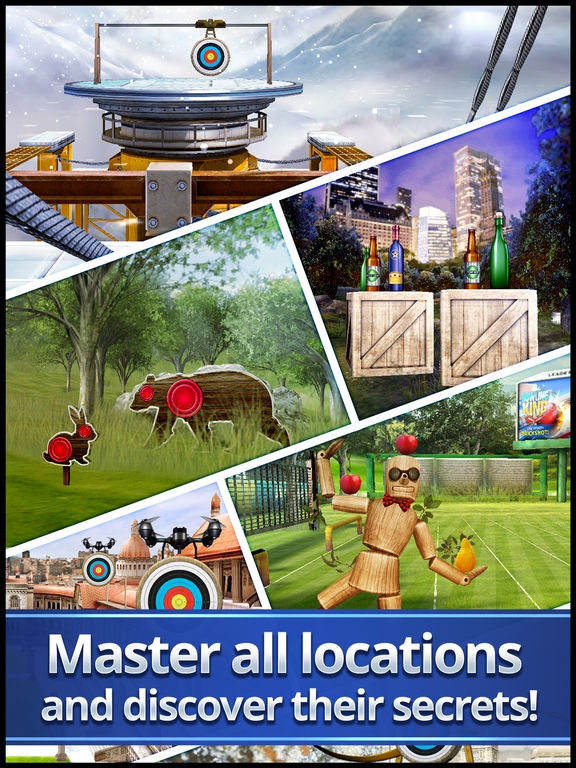