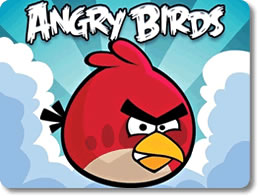 Now everyone can experience Angry Birds!

Angry Birds is a deceptively simple puzzle game that is known for keeping players busy for hours at a time. It initially gained popularity as a phone-based game but has since stretched its boundaries and journeyed to other platforms as well.

Angry Birds has a fantastic physics engine that makes the game consistent and challenging. The pigs usually hole themselves up in bases made from combinations of wood, stone, ice, glass or snow, and some forts must be hit in a very specific way in order to clobber the pig hiding inside.

Sometimes you can make the buildings even stronger by attacking them in a way that makes the pieces fall tighter around the pig. It takes trial and error, strategy and logic to determine the best plan of attack against each puzzle. Be prepared to play levels multiple times before solving them!

Who knew catapulting birds could be so much fun? Birds bent on revenge happily load themselves into a giant slingshot and wait for you to fire them at the enemies. You are in full control of the trajectory of each shot. One of the most enjoyable aspects of the game is simply experimenting with different ways of firing the shot.

There are also a variety of different birds to work with in each level with their own unique strengths and weaknesses. Sometimes, the birds you have to work with are as much of a challenge as the obstacles the pigs have come up with themselves.

Angry Birds offers wonderful replay value due to the massive amount of levels in the game. In addition, all future updates are provided free of charge after the game is purchased.

The graphics and audio in the PC version of the game have been optimized for larger screens and bigger speakers. The resulting graphics are stunning and crisp, with zero pixelation or distortion.

The sound is also of the highest quality, meaning that all of the little noises the pigs and birds make will be clear as a bell.

Angry Birds was initially created to work with a touchscreen interface, but Angry Birds for the PC uses the mouse instead with excellent results. In the game, your cursor appears as a floating hand. Simply pull back on the slingshot by clicking and dragging, and launch the bird by letting go.

Despite the simplicity, these controls are precise!

There are tons of golden eggs hidden in the game for you to find. Each golden egg opens up a special level for you to play. Collect them all!

Angry Birds offers addictive puzzle gameplay that players just can't get enough of. This game provides a perfect balance between thought-provoking puzzles and the gleeful destruction of everything on the screen. It's fun, fast and absorbing!

Does Angry Birds Live Up to the Hype?

Angry Birds is one of the most popular game apps of all time, with fans all over the world. Angry Birds Free (on mobile) is an ad-supported version of the game that allows people to get a taste of what the ubiquitous physics puzzler is all about.  The PC download version has a limited number of levels available.

The puzzles in Angry Birds Free are immediately understandable, even for newcomers. Birds readily line up and load themselves on a giant slingshot, and it's your job to launch them at their target successfully. The goal is to defeat the enemy pigs that are hiding in fortresses made from various materials such as steel, wood and glass. Each bird has its own unique size, weight and speed, adding to the challenge.

The physics engine in this game is predictable, realistic and intuitive. This sets the stage for puzzles where one thing naturally leads to another, creating perfect cause and effect scenarios. The game is sensitive too. Simple changes in trajectory make all the difference, especially during the more difficult levels.

Players of all ages are drawn to the puzzles in Angry Birds. They are easy to understand, yet offer up a satisfying challenge that will please even the most seasoned puzzle fan. It's a puzzle game for everyone.

Charming Birds on a Mission

The birds are angry for good reason! The evil green pigs have stolen their eggs, and it's up to the birds to get them back, no matter the cost. The Flock is made up of the following characters:

These are the core members of the team, and they each bring a unique set of strengths and weaknesses to the table, adding essential variation to this game.

Swindling Swine on the Run

The pigs in Angry Birds are bursting with personality. The pig antagonists come in all shapes and sizes, and some are harder to pop than others. Helmets give pigs considerable protection, enabling them to occasionally survive the collapse of their fort. A mustache is even better than the helmet, oddly enough.

The pigs will openly mock and laugh at you when you lose. This makes beating difficult levels all the sweeter. Take that, laughing pigs!

The idea of kamikaze birds being launched at enemy pigs sounds pretty violent, but it's not. There is no death or blood in this game. The characters simply disappear from the screen with a poof and a pop. It's 100% G rated gameplay at its finest.

Unlike other free game versions, this game boasts its own exclusive levels that even the paid versions don't have. That makes Angry Birds Free a must download for everyone, including those who own and play the paid version.

The controls in Angry Birds Free are fluid and smooth. For a puzzle game that focuses so much on maintaining proper aim, this is essential. The slingshot has a nice, springy feel and it's easy to manipulate and adjust. Pulling back, aiming and firing are easy as 1-2-3, and it's clear that this game was made with touchscreens in mind.

The game starts players out with a zoomed in screen, making it necessary to scroll around in order to see the big picture. This is easily fixed by pinching the screen to zoom out. The birds are still very easy to aim and fire, even with the larger screen resolution.

The visual style of Angry Birds Free is cartoony and charming, with simple backgrounds and bright colors. Everything is clear and easy to distinguish, and the art has a special style unique to this series.

The settings differ greatly throughout the course of Angry Birds Free. The initial puzzles are based in a rural looking area, but later episodes take place against a nighttime cityscape, a dreamlike land of sweets, an underground mine and more.

Few games can top the replay value of Angry Birds Free. Performance on each level is given a star rating of one, two or three stars, and it takes several attempts for players to achieve a three star rating. Because the levels can be played so quickly, it's fun and easy to play levels repeatedly until that coveted expert rating is earned. This gives the game supreme replay value.

Same Thing, Over and Over

This game doesn't offer up much variation when it comes to puzzles. The materials of the forts will vary, as will available avian ammo. Beyond that, it's the same thing again and again. This repetition is part of the game's charm, but it's possible to get burnt out on launching birds, especially when facing more difficult levels.

Some of the levels in Angry Birds Free seem impossible at first blush, and they require many rounds of trial and error to solve and clear. This difficulty is a welcome thing for many puzzle lovers, but it can lead to frustration for casual players just looking to pass some time.

Angry Birds Free is an exceptional demo that sets the standard for game trials. Essentially giving away a miniature edition of their popular game is a great way to give players a taste of the action. This game has near universal appeal, and it's a must play for anyone who owns a smartphone or PC. The only game better than Angry Birds Free is the full version. 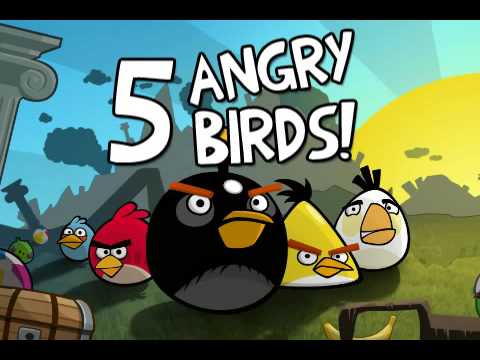 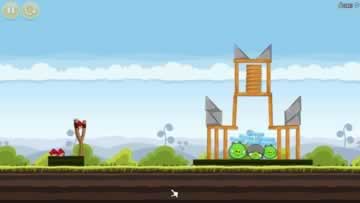 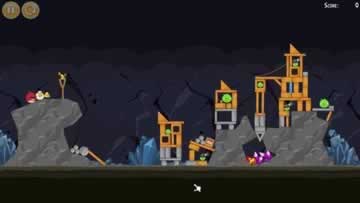