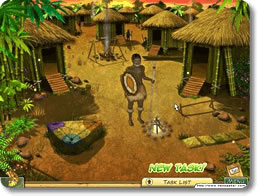 Long ago, the ancient Tekka people had vast knowledge and abundant resources and knew it would not be long until the barbarians came for them. So, before they vanished into history the tribal elders locked away the treasures of this once glorious people and scattered the pieces of the key around the world.

Join Kate, the daughter of a famous archaeologist, as she sets off on the adventure of a lifetime and attempts to pickup where her father left off in search of the Tekka Key. Explore a variety of locations and meet a whole cast of characters as you search for the ancient secrets of the Tekka people.

Point and Click Adventure with Plenty of Fun Mini-Games

Ancient Secrets presents an entertaining puzzle/adventure in a refreshing casual game style. The main gameplay involves a straightforward point and click adventure with frequent inventory puzzles. There are also locked doors or chests that have to be opened, most often by solving challenging, yet fun, sliding puzzles.

Additionally, there are several hidden object scenes which you must solve in order to progress to new areas. The items can be rather difficult to find and there is no hint button, but if you just wait long enough without clicking a few sparkles will indicate the position of an item.

Intriguing Variety to the Gameplay

Ancient Secrets provides an interesting point and click adventure which gives you some free choice about where to go and who to talk to, but keeps things simple enough that you can't get lost for long with characters continually making suggestions about where to go. The inventory puzzles can be quite challenging and leave you scratching your head, but they are logical and thematic in structure so it is all the more satisfying when you find the solution.

With a task list to always point you in the next direction, you'll have no trouble following the adventure and putting your problem solving skills to the test. Plus with no time limit to any of the puzzles, you can take the game at your own pace.

Ancient Secrets: Quest for the Golden Key is less like an adventure game and more similar to a hidden objects game with a wealth of logic puzzles peppered in for the added challenge.

Locate Pieces of a Missing Artifact

As the daughter of a famous explorer, you have been charged with the task of locating all the missing pieces of an ancient artifact your dear old dad was unable to complete. Your quest through the remnants of the ancient Tekka lands is almost entirely composed of completing mini-puzzles and tasks.

This game breaks from the traditional adventure genre which is characterized by exploring multiple new scenes, slowly acquiring objects and discovering new tasks to complete. Ancient Secrets only features one task to be completed per location with little to no overlap between areas.

On the bright side, the mini-challenges included are diverse and highly creative, including sliding lock puzzles, an assortment of hidden object hunting, photo reconstruction, and various other small tasks to be completed as new characters are encountered along the way. Although rather unique, many of these puzzles will prove overly simple for many players to beat and are made simpler by glimmering light that indicates some action must be taken over a particular spot after only a matter of thirty seconds. Furthermore, the story itself hardly ever relates specifically to the mini-games which detracts from the overall appeal.

Conclusion - A Stripped Down Adventure Game

Vibrant graphics and many one-of-a-kind puzzles do make this game somewhat worthwhile, but players looking for a true adventure game should be advised to steer clear of this release as its ease of difficulty and lack of fully integrated story will be most upsetting to those with a higher level of experience.

Catch a glimpse at some of the various clever mini-games to be found in this creative puzzle adventure game. 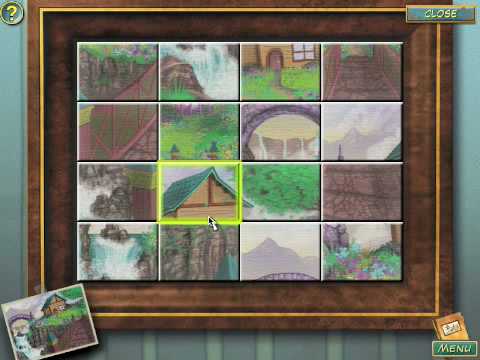 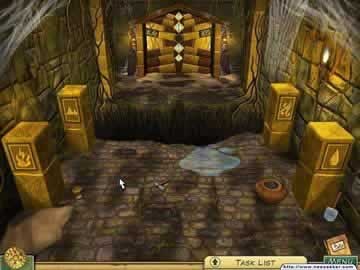 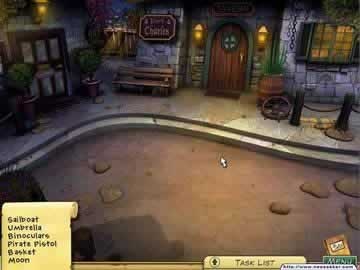