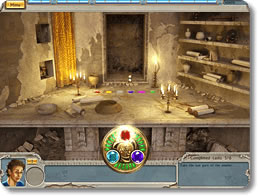 The Search for the Amulet of Ages has Begun!

Alabama Smith is a promising college student who goes to study archaeology in Naples over the summer. What he finds there is more than he bargained for as he is thrown into a quest for the mysterious Amulet of Ages, a relic supposedly capable of allowing its bearer to travel through time.

Help Alabama Smith team up with Anastasia, the daughter of an archaeologist, and traverse not only the countryside but time itself in order keep the amulet out of the wrong hands.

Unlike typical adventure games, where it's the search for the many details that keep players involved as they figure out what to do next, Alabama Smith throws all of that aside and instead gives you a task list that literally tells you what to do.

Although, it isn't always that straightforward, for instance it might tell you to open a chest but in order to do that you must first decipher a code for a locked door, behind which lies the key which unlocks the chest.

A very nice element of the game is that as you move your cursor most items have a text label associated with them. Sometimes reading the label pretty much solves the puzzle for you.

If that isn't enough, there are two game modes, the more hint heavy casual or the high point scoring expert, which can be selected and even changed between scenes.

Alabama Smith in Escape from Pompeii presents an entertaining and challenging clicking adventure. The unique task list system provides an innovative twist to this genre and puts your problem solving skills to the test.

You get too little adventure for you buck in Alabama Smith: Escape from Pompeii as the game practically does all the work for you.

A recurring issue in multiple aspects of this release is how much the game directs you into every action that must be completed. Ignoring the over-gracious hint system (that regenerates after approximately one minute), there is a “tasks to complete” list in the lower portion of the screen that keeps tabs on what must be done next, providing too much detail to the user thus removing much of the mystery and adventure elements of the game. Furthermore, the structure of the game directs you to each new location without any input or movement guided by the player which is a little too constricting for an adventure game.

Mini-games are very simple and include average tasks such as locating matching pairs of cards which isn't all that fun.

One positive feature is there is both an expert and casual mode so that players can adjust the difficulty to their preference. However, the expert mode maintains much of the ease of casual mode, including hints that regenerate after only one minute and thirty seconds, reducing the overall challenge.

Spell Check is Always Good Before Releasing a Game

Although it is not too much of a detractor from game play itself, some of the dialogue boxes during cut scenes contain missing letters and some players will be turned off by a lack of proper editing.

Cut scenes themselves are particularly dull without voice acting, often without an enticing story and run much longer than is necessary. Fortunately only a few clicks will move you past these scenes to the next location. Indeed the best feature of this game are the exquisite hand drawn graphics that are a delight to behold. That fact aside, most players seeking an adventure will not find it here.

Conclusion - Not Much Challenge

Enthusiasts of hidden objects games may not be bothered by the hint system that may easily become a crutch, game directed movement into each new area and list that provides direction to which activity must be preformed next, but adventure enthusiasts will most likely be disappointed with the overall ease of this release.

Observe a variety of gameplay clips from this hidden object game. 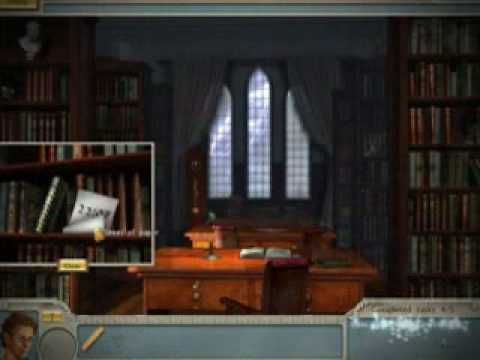 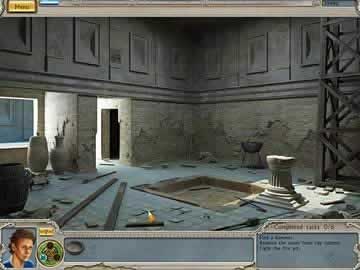 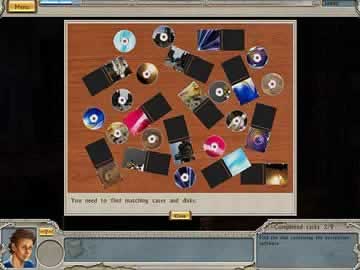