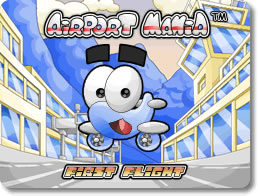 Pack your bags for an exciting trip through the skies in Airport Mania! During your travel through 8 amusing airports, you'll land a variety of planes, upgrade your airport, and make sure your customers avoid delays.

Full of unique challenges, whimsical characters, and fun that will put a smile on your face, Airport Mania is one flight you shouldn't miss!

Airport Mania tests your ability to manage the movement to and from an airport, including all unexpected aspects from broken engines to refueling. Coordinate surplus air traffic while keeping the planes content.

Each plane is their own animate being, possessing eyes, eyebrows, mouths, and accompanying voices to match! Planes hum along with smiles across their faces when rushed through the airport but get anxious when kept waiting too long.

Accommodate your planes' desires by moving traffic in and out of loading zones quickly, directing excess planes to parking locations, stealthily filling gas tanks, mending engines, and rapidly seeing each type of plane back into the sky. Receive major bonuses for color coordinating planes to matching loading zones. Bonuses are worked into the design of the game to encourage faster paces that make the game more intriguing. Additionally, each new airport visited unlocks new upgrades such as in-plane films and better equipped loading zones to reward substantial achievement.

The subject matter is no doubt unique, controlling the daily functions of various types of airports. Working through each of the eight locations will most likely only take a few hours at most, which is a detriment to those seeking a longer investment. However, all tasks in each airport can be replayed to earn the highest point total which does allow for some replay appeal.

Graphics are relatively dull and unexciting, which is disappointing as the simplicity of this release would have greatly benefited from vibrant aesthetics.

Overall Airport Mania functions flawlessly and could be amusing due to the originality of subject matter, specifically to those already inclined towards the task management category, but many may find it somewhat dull and uneventful and all are advised to attempt the trial version prior to purchasing the full feature. 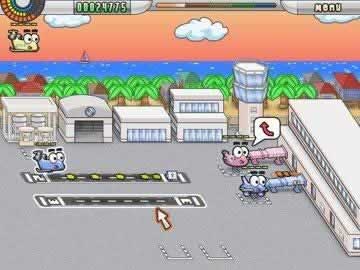 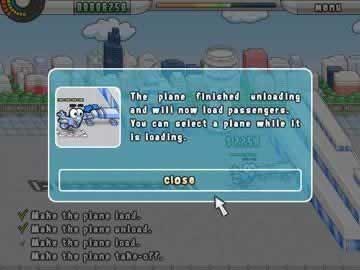