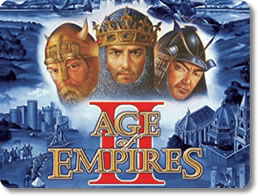 Wage Epic Battles in the Next Chapter of Human History!

It’s often said that truth is stranger than fiction. On a similar note, some would agree that truth can be more fascinating than fiction. The real-time strategy genre can take you to fantastic worlds where you can fight orcs, undead, aliens and robots, but the Age of Empires franchise takes you back in time to interesting moments of humanity’s own history.

The first game opened the series up with a bang, putting you in control of the earliest civilizations known in recorded history, including Egypt and Mesopotamia. Age of Empires 2: The Age of Kings continues the historical tradition by stepping into another chapter of human history: the Middle Ages.

Age of Empires 2 takes you on a centuries-spanning journey across half the world. You can play through a variety of campaigns that let you watch kingdoms, rebellions and heroes all rise and fall with the times.

Wage war across Europe, East Asia and the Middle East in five historical campaigns.
Play as 13 all new civilizations, including the Celts, Mongols, Britons and Vikings, each with their own unique traits and units.
Fight alongside famous historical figures, including William Wallace, Joan of Arc and Genghis Khan.

Age of Empires 2 improves upon the strong foundation built by its predecessor to provide a more fun and less tedious experience.

Mixed units now move at the same speed, allowing for easier marching orders.
Improved friendly AI cuts down on excessive micromanagement. Your units will now automatically attack nearby enemies while in the midst of combat.
Set up production queues to build more units rapidly.

True to form, Age of Empires 2 gives you access to some of the fiercest armed forces the world has ever seen. By taking control of them, you’ll see for yourself what made them the legends they are today.

Should you grow tired of playing through history, then Age of Empires 2 is ready to accommodate you. Put your tactical skills to the test by setting up customized games using conditions that are not possible in the main game.

Play custom matches against the computer, or go online against other players.
Wage battles between unlikely opponents! Pit the fury of the Vikings against the Mongol forces and beyond!
Create your own maps and campaigns using the in-game map editor and share them with other players.

The Past Meets the Future

Age of Empires 2 provides a deep strategic experience, improving upon its predecessor while setting the standards for later entries in the franchise. If you’re a fan of the Age of Empires series, strategy games or history itself, then this title shouldn’t be missed! 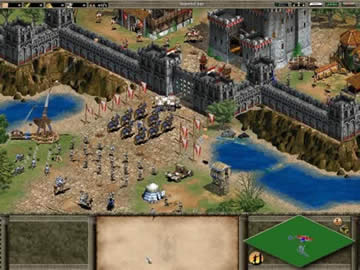