These Could Be the Droids You're Looking For 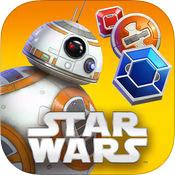 Star Wars: Puzzle Droids is, surprise surprise, a puzzle game about droids from a galaxy far, far away. Despite the connection to one of the greatest sci-fi film universes of all time, the gameplay is pretty standard stuff. That doesn't mean it can be tricky, though.

If you've played a match-3 puzzle game at all in your lifetime, chances are you know what to expect here. If not, you'll likely need a few pointers if you want to earn gold on every level.

Good for What it is

I can't see Star Wars: Puzzle Droids surprising or even impressing anyone (at least not anyone who's already familiar with the genre), but it is a decent match-3 puzzle game. So long as you go in expecting more of the same but with Star Wars, you should have a good time.

If you think you know what Star Wars: Puzzle Droids is like purely based on the name, chances are you'd be correct. It is, indeed, a match-3 puzzle game set in the Star Wars universe and is very droid-centric. Not that this is necessarily a bad thing, but you'll definitely know what you're getting into.

As with most licensed free-to-play mobile games, for some reason there's a completely unnecessary (and not good at all) story behind why you're doing what you're doing. In this case that means matching like-colored symbols via swiping on the screen as a means of 'repairing' The Force Awakens' BB-8 after some sort of memory malfunction. Of course C-3PO is hanging around to shoehorn in all the awkward exposition that nobody needed. Sorry, I just don't understand why games forcing a story into games like this continues to be a thing.

Anyway, ridiculous and pointless plot aside, Star Wars: Puzzle Droids can be a bit of a looker when it wants to. The puzzles themselves are par for the course, with various shapes and colors spread around a grid and whatnot, but some of the effects when power-ups are used are decent. And whenever the game has the opportunity to throw in a 3D model of a recognizable character is usually does so to good effect. BB-8 and C-3PO look nice, as do some of the critters and other droids that sometimes appear in the periphery. I mean it's nothing jaw-dropping, but it looks good.

Star Wars: Puzzle Droids is a perfectly serviceable match-3, honestly. Unless you're a colossal Star Wars fan I don't think it necessarily stands above what's already available, but it does the job for what it is. Creating combo chains that clear out a bunch of space is plenty satisfying, and seeing a bunch of power-ups go off at once or in tandem is pretty neat.

I don't have a problem with the game being more or less the same as every other match-3, really, but I dislike the tutorials quite a bit. Maybe it's partially because I've played at least one match-3 before (I've played a lot more than that but you get the idea), but oh my god does it drive me up the wall when all I want to do is get into whatever level I'm playing but have to wade through several screens worth of 'This is how you do the blatantly obvious thing' text. And it happens way too often.

More of the Same

If you like match-3 puzzle games then you can't go wrong with Star Wars: Puzzle Droids. At least, so long as you haven't gotten sick of them yet. It's a perfectly competent game despite the pointless plot and the obnoxious tutorial stuff. Of course if you don't like this stuff the inclusion of a few Star Wars characters probably won't change your mind. 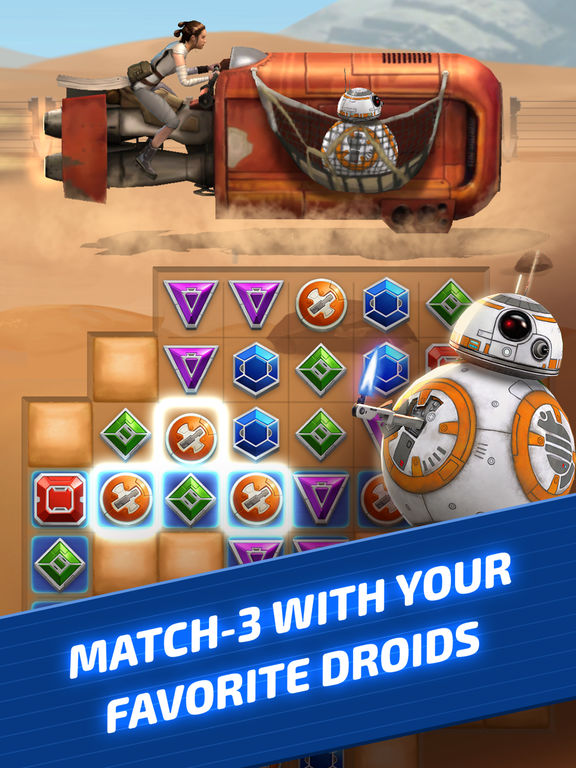 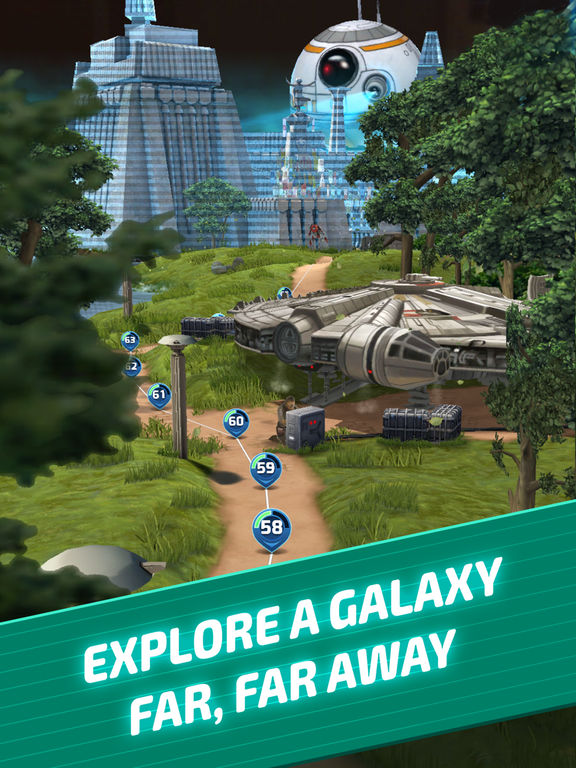