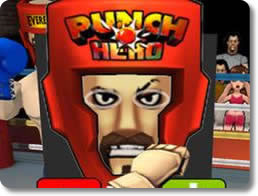 Jab, Hook and Uppercut Your Opponents Into Submission with Touchscreen-Operated Boxing Controls!

Let’s Get Ready to Rumble!

Welcome to the ring, new meat. Now get ready to be eaten alive. Punch Hero puts you into the gloves of a new boxer who’s ready to prove his worth in the ring. Beat your opponents into submission with your mighty fists while using catlike agility to dodge and deflect their own blows.

You may not start out with much at the beginning, but your skills and attacks will improve tremendously over time, assuming you survive in the ring long enough. You can also win the crowd over by dressing up in whatever duds you deem the most stylish.

It’s anything goes until the bell rings, so get ready to metaphorically kick some serious butt in Punch Hero!

Everyone looks unique in real life. The boxers in Punch Hero are no different! There are a tremendous number of ways you can customize the appearance of your personal boxer. Keep at it long enough and he’ll stand out from the crowd in no time.

Punch Hero features intense boxing gameplay like nothing ever seen before on a mobile platform. With fast-paced action and revolutionary touchscreen controls, the joy of beating people up has gotten a whole lot sweeter.

As you play the game and climb the boxing ladder, the competition will get stiffer. If you want to keep up, you’ll have to hit the gym and spend your hard-earned winnings on new exercise regiments that will enhance your physical abilities in a great number of ways.

There’s More Than One Way to Box

Punch Hero lets you test your skills in a variety of ways through its different game modes.

You will be hard-pressed to find a better boxing simulator for your smartphone than Punch Hero. It’s got the best boxing you can ever experience, responsive controls that are all executed via your touchscreen, and plenty of ways to upgrade how your boxer looks and fights.

Hone your skills to perfection via the game’s many modes of play and become the greatest boxer ever in Punch Hero! 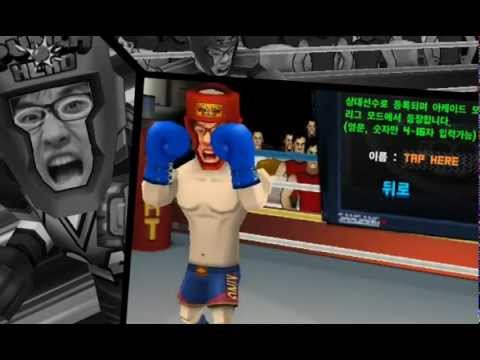 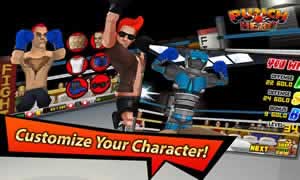 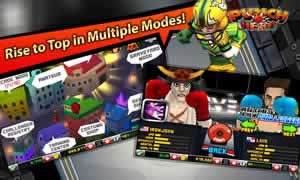