Bring Down the Global Conspiracy in this Exciting Mission Impossible Game 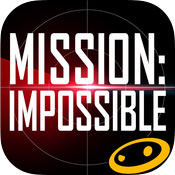 Your mission, should you choose to accept it, is to hunt down and kill Ethan Hunt. Since the Impossible Mission Force was shut down by the CIA, he has gone rogue and it is our understanding that he may now be involved with an international terrorist conspiracy. You must travel around the globe, gather intel on his whereabouts, and kill every enemy you encounter. Use a variety of firearms like assault rifles and rocket launchers to bring them down while remembering to stay safely behind cover. Remember to expand and upgrade your arsenal using whatever funds you can acquire in the field. If you are caught or killed, the government will disavow any knowledge of your actions. Good luck out there, agent. You'll need it.

As former IMF agent Trent Kane, you will undoubtedly face a great number of hostiles in the Mission Impossible: Rogue Nation app. You'll be going at it alone with only your trusty weapons at your side, so stay frosty.

A gun is only as good as the agent who wields it. Even so, make sure you take good care of your weapons. A clean barrel can often mean the difference between life and death.

• Rain doom upon your foes with assault rifles, rocket launchers, sniper rifles and more.
• Upgrade the capabilities of your weapons in a variety of ways, including the damage done, firing rate, reload time, and chance to score critical hits.
• Gather parts and use them to craft even more impressive firearms.

Every agent needs a safe house where they can patch themselves up, store their weapons, and serve all their other needs while out on a job. In the Mission Impossible game, you'll eventually come into ownership of your own personal base that is yours to build and manage.

• Generate top secret energy crystals which can be used to improve your weapons and increase your health.
• Invade other players' bases. Put a bullet in their heads and take their stuff.
• Protect yourself from invaders. Hire guards, build security turrets, and more.

Ready to do the Impossible?

In Mission Impossible: Rogue Nation Mobile, you can experience explosive and fast-paced cover-shooting action while seeing the film's story unfold from another perspective. With an assortment of awesome weapons to acquire, tons of bad guys to gun down, a myriad of ways to improve your abilities, and even the chance to test your skills against other players, there's nothing better to ask for. Get it now before this web page self-destructs.

A Mission Worth Considering

Games based off of movies tend to have a very sordid history. Few are all that good and most just come across as cheap cash-ins. In some ways, the mobile game adaptation of Mission Impossible: Rogue Nation adheres to that stereotype. It's an app that was made for the primary purpose of promoting the film of the same name. Fortunately, it's not bad. It won't be winning any awards for originality, and there are much better titles available, but it should provide at least a few good hours of entertainment for anyone who decides to check it out.

If there's one thing that Mission Impossible: Rogue Nation deserves props for, it's in the presentation. While the 3D graphics look primitive by today's standards, they get the job done on a small screen. However, the graphics are not what the game's presentation does well; it's how everything is tied together using the license. The mission selection screen is depicted as a computerized map of the world. When you level up, you're treated to a short animation of a bomb blowing up a safe full of gold. Multiple versions of the Mission Impossible theme song are present, and it's just as catchy and head-bobbing as it's ever been. The short jingle that plays every time you complete a mission is probably going to be the best thing you ever hear, and so on. It's cheesy, campy and a lot of fun. If there was some voice acting to complete the package, it would be just about perfect.

The only weak point is that you don't get to play as series protagonist Ethan Hunt. Instead, you take on the role of an original character named Trent Kane. The story is that he's a former IMF agent who's been forced to work under the CIA to assassinate Hunt. It sounds like an interesting idea to see another side to the film's story, but it's really more of an excuse to go around shooting people. There's no real narrative to speak of, and Kane is given no personality whatsoever. It's not a deal breaker, but fans of the series might be in for a little disappointment.

Glu Games used the license to create a simplified cover shooter. You can't move around freely like you can in something like Gears of War; if you want to get a better angle on the enemy, then your only choice is to switch between one of several pre-determined locations. More emphasis is put on the gunplay. It gets the basics right. Aiming, shooting, reloading and ducking in and out of cover are all done via the touchscreen, and the controls are tight and responsive.

It could be better. Weapons just don't have as much kick they should. A lot of enemies take too many bullets before going down, even if you go for more damaging headshots. They're not too bright either, since they can often be found staring blankly at you as you come out of hiding and whip out an assault rifle. Similarly, you take a lot of damage before going down as well, which makes things not feel as dangerous as they should.

That's not to say that there's no challenge involved. There can in fact be a lot of sections that require a good degree of skill, particularly in those that come with a lot of enemies that attack you from a variety of distances. These can be surprisingly harrowing and frantic, as the guys who are in your face with assault rifles are just as dangerous as the snipers in the back. Going for one will put you in danger of the other, so you really need to have a fast trigger finger and a sharp eye. The stages that put you into these kinds of situations are by far the most fun.

Even so, there's only so much shooting you can do before it starts to feel repetitive. Mission Impossible: Rogue Nation tries to add more variety by implementing different goals for its missions. Sometimes you just need to kill everyone. Sometimes you need to eliminate a specific target. Sometimes you need to destroy enough objects. It doesn't really matter. At the end of the day, you're still just shooting the same kinds of people.

Fortunately, the Mission Impossible app does incentivize you to build up for the long term. There are all sorts of toys to acquire as well as ways to improve them. Weapons range from your standard machine guns and sniper rifles to more fun stuff like the explosive rocket launcher and experimental gauss rifle. You can even use throwing knives to take out foes quietly and avoid raising the alarm, provided you're fast enough and nobody sees you. Every weapon feels different and has its own strategic use, and each new one you get feels like a bit of an accomplishment.

Getting a new weapon is only half the fun. The other is in keeping it up to date. You'll have to upgrade your weapons periodically if you want to stand a chance in the more advanced missions. There's nothing too extensive about it; there are only four attributes to keep in mind for each gun, which includes firepower, firing rate, reload time and the chance to get critical hits. It's still cool to watch your babies grow more powerful over time.

This is where the game is largely trying to get money out of you, but it luckily isn't too forceful about it. While there are a few unique weapons that can only be obtained via the app's hard currency, you can get by just fine with the armaments you acquire normally. You'll probably be at a disadvantage when it comes to player versus player content, but you can enjoy the regular gameplay just fine.

You read that right; there is PvP in Rogue Nation. It's primarily what you build a base for. The base-building feature is pretty barebones overall; you don't even get to design it. All you'll ever see of your base are a couple menus that tell you how good the security is and how many crystals are being produced. Crystals are a resource used for upgrading weapons, and your only means of getting them are to either generate them over time or steal them from other people. While more work could be done to this feature, nothing will make you feel like a super-spy more than raiding another person's base, shutting down his defenses, and killing him.

Mission Impossible: Rogue Nation is not the greatest game in its genre. It's highly derivative and even more repetitive. However, that should not deter you from at least checking it out if you're curious. It's stylish, it's fun in short bursts, and it's lenient when it comes to premium content. If you're a fan of the series, then this is a mission worth accepting. 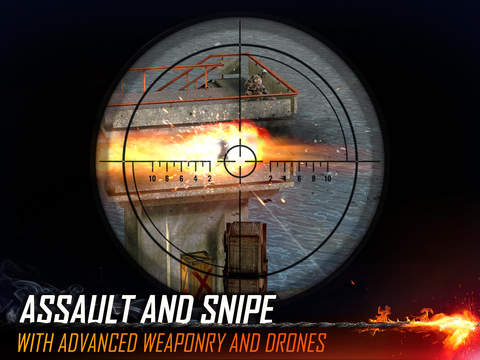