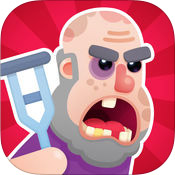 'Make it to the end of a hazardous obstacle course without dying' is a pretty common theme in games, but it works because it's usually fun. Over-the-top cartoon violence makes it even more fun, if you're into that, and Happy Racing definitely delivers on that front.

Getting to the end in one piece is the basic idea, but there are a few more elements worth considering.

Been There, Done That

There's no denying it: Happy Racing is pretty much just Happy Wheels with better visuals. That's not necessarily a bad thing, but chances are you won't feel the need to bother with the former if you've been playing the latter. Especially since Happy Racing (at the moment) doesn't offer level creation or sharing yet.

Happy Racing borrows a lot from a pretty obvious source - Happy Wheels. Even the names are similar. Still, it does bring a few (a FEW) of its own things to the table. I'm not convinced that it's enough to make up for what's missing, though.

So yeah, Happy Racing is a game where you drive a cartoon character through a deadly obstacle course, trying to reach the goal in time and not die a gruesome death in the process. It's also timed, I guess? But I bet it sure does sound familiar. Especially when you consider how characters seem almost eager to lose body parts whenever they touch something.

The main (only, really) difference that Happy Racing has to its predecessor is its visuals. The whole game has a much more polished looking cartoony style that's quite enjoyable despite all the beheadings. I also like that levels are short, which means you can complete a handful of them without eating up too much of your time or patience. Not that this is exclusive to Happy Racing or anything, but I like that it doesn't drag on.

Of course the upside to being so similar to Happy Wheels is that Happy Racing is also fun - in that over-the-top cartoony violence sort of way. Failure tends to be less irritating when it results in some amusing deaths. I was actually chuckling to myself when I failed an attempt at one level because my character hit a low-hanging beam just right and knocked his head off, but kept driving for a little while longer because I guess his body hadn't gotten the message that he died yet. Carelessly hauling butt in order to finish before the flames that engulfed my character snuffed him out was also pretty funny.

Unfortunately the touch controls are a bit lacking. For one thing the 'choose character' button that appears at the start of a level, where you have to tap the screen to begin, is in almost the same spot as the accelerator. So my inclination to tap with my right thumb and then immediately start flooring it constantly has to be mentally adjusted to avoid opening a menu I don't want to open. On top of that, the virtual buttons do that thing that always bugs me where they only seem to register taps when your fingers are on the icons - with no wiggle room or accounting for thumb sliding. It hasn't been a game-ruining issue for me yet, but it's still annoying when I don't tap a button perfectly and so it doesn't register my input.

Lastly, while I've been harping on Happy Racing's various similarities for a while, it's a real shame that more similarities didn't make it in - at least not yet. Stuff like being able to create your own levels and share them with others is what made Happy Wheels what it is, and while those features seem to be planned for the future they aren't present now and their absence is extremely noticeable. Working through a bunch of pre-made single player levels just feels hollow by comparison.

Happy Racing is a fun game, but much of that is because it borrows so heavily from another more popular fun game. Plus, as I've mentioned, the lack of other modes that are honestly the main reason its inspiration got so popular in the first place is extremely noticeable. It's not bad or anything, but aside from the visual upgrade you can already get the same experience (plus level customization and sharing) elsewhere for the same non-existent price. 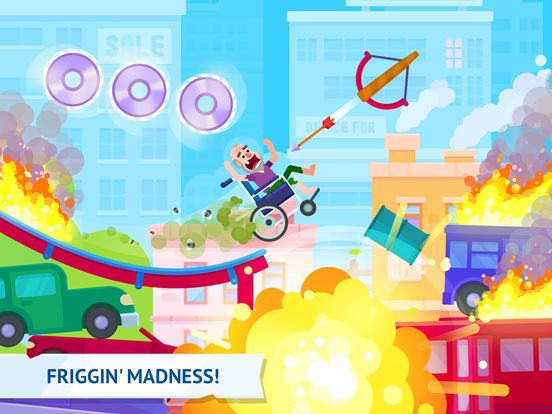 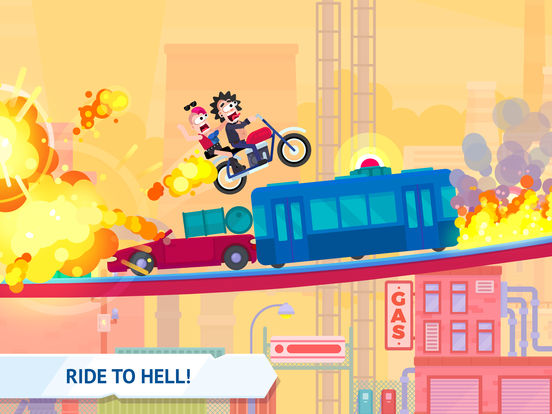