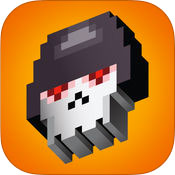 Evil Factory can be frustrating, but it's a cool mash-up of ideas.

Evil Factory looks sort of like a shoot-em-up in screen shots, but that's only half of the story. Enemies (particularly bosses) do have rather SHMUP-like attacks, but protagonist/arsonist Leo doesn't SHMUP back so much as plant explosives and hope they walk into the blast.

Your supplies may be limited, but they'll get the job done if you know how to put them to good use.

BOOM Goes the Everything

Forget firearms, Leo's all about blowing stuff up.

Evil Factory is weird, and surprisingly tough, but it's an interesting combination of ideas that works pretty well in practice. Assuming you've got the patience for it, you'll probably have a good time.

Going by the screen shots, I was expecting Evil Factory to be a fairly typical shoot-em-up with some neat enemy designs. Turns out the SHMUPness is just half of the equation, with the other half being made up of something akin to Bomberman. I didn't quite know what to make of this bizarre union at first, but I've definitely grown to like it. After some initial (and semi-persistent) frustration.

Our antihero, Leo, is on a solo mission to destroy a mass-production facility of dubious intent. The catch is that while his enemies have things like guns and missile launchers and giant robot penguins, all he has is timed explosives, at least at first. Regardless, Leo's primary form of attack is to plant a bomb of some sort and try to catch the baddies in the blast.

The most immediately noticeable thing about Evil Factory is how good the enemies look - particularly the large ones. Leo himself looks alright, and I do appreciate the interchangeable helmets and how they show up during dialog moments, but the giant cyborg wolfmen and robot flamethrower soldiers look particularly nice. You won't be able to appreciate their designs much as you scramble to not die, but that's beside the point.

It took some getting used to, but I actually like the weird combination of Bomberman-like attacking and SHMUP-like attack avoidance. If Leo had a typical ranged attack I think the enemy patterns would be pretty easy to avoid, but the fact that you have to get up close in order to catch them in a bomb blast makes things quite frantic. Thankfully you can also temporarily slow down time by letting go of the screen in order to catch your breath for a moment and figure out where it's safe to stand. Most of the time. Of course as with actual SHMUPs you're dead in one hit. So, you know, don't get hit.

The difficulty Evil Factory presents can be trying at times but I wouldn't consider it unreasonable. However, the one-two punch of dying in one hit and having a fuel meter that's used to play/restart levels and recharges over time (naturally) makes the tougher sections way more infuriating. Not because they're hard, but because you only have so many attempts before you either have to sit and wait or use premium currency to refill your fuel. There is an option to eliminate fuel concerns permanently for a couple real world bucks, and if you find yourself really enjoying Evil Factory I'd recommend it, but anyone playing for free is bound to feel their blood boil every once in a while.

Fire in the Hole!

All things considered, a stamina meter being the only significant problem with Evil Factory is pretty miraculous. It's not even that bad, except for that combination of one-hit kills. I'd encourage anyone who enjoys shoot-em-ups, games like Bomberman, or weird hybrid games to check it out. And if you really like it, there's always the option to pay for infinite fuel - thus negating my one big gripe entirely. Of course if you're not into those things, or don't want to spend real money, the frustration might end up being a bit too much. Even so, it's at least worth a look. 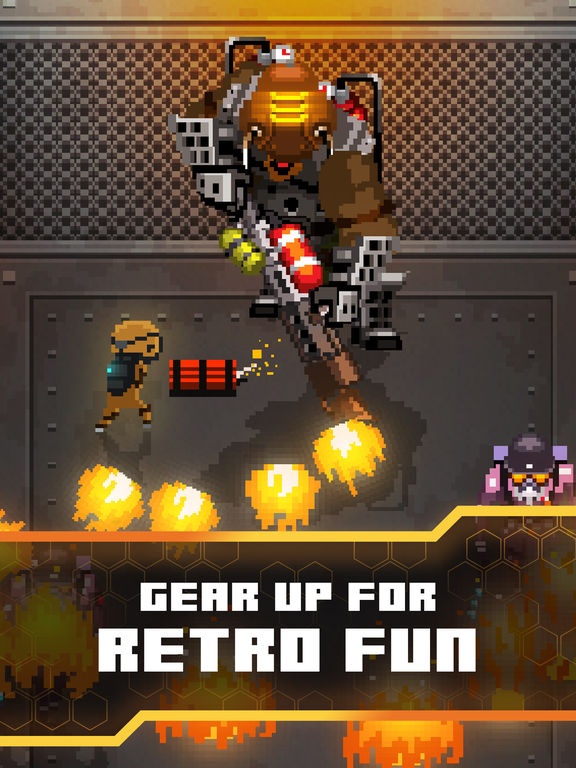 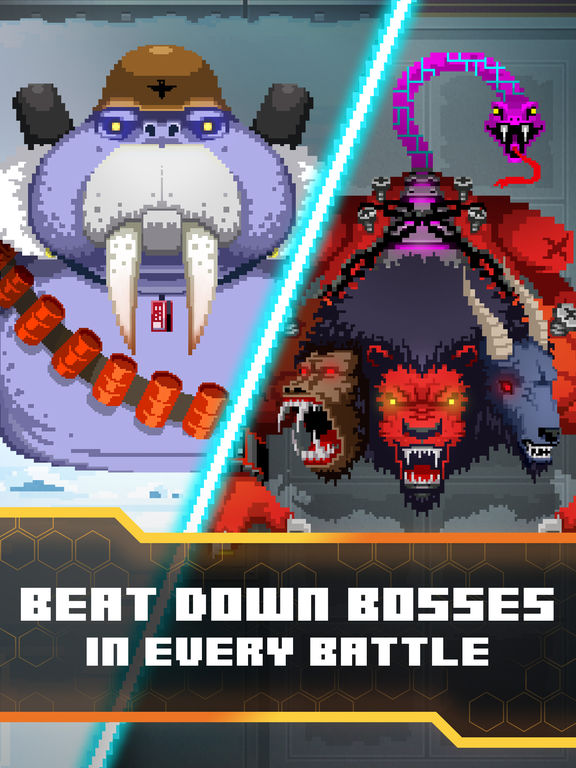