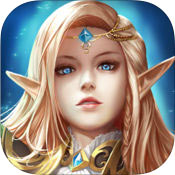 Eternity Guardians sees you playing as a demigod as you battle to defeat an army of orcs and rescue your sister, who has been kidnapped by an evil organisation called Pandora. You start off with a giant battleaxe but over time you unlock more weapons, as well as pets that can assist you in battle. Between rounds you claim rewards and achievements, upgrade your weapons, equip items, and feed your pets.

Outside the single-player campaign there are several other ways to play. Once a day you can enter Siege Boss levels, where you try to inflict as much damage as possible on a boss. The player who does the most damage wins. Once a week you can play in a Guild War, where the aim is to kill a boss as quickly as possible. And there are MOBA-style 3 v 3 battles that you can play at any time.

Eternity Guardians is a gorgeous looking game, with solid arcade visuals and thrilling effects. There's a generous range of special moves in combat, meaning there's no danger of monotonous hacking and slashing. Judging when to deploy a particular move or save it for later adds a welcome layer of strategy to the fights.

There's a huge amount to do away from the battlefield, too. Upgrading and optimising your weapons and gear between bouts of fighting creates a compelling gameplay loop where you constantly level up to make yourself powerful enough to earn enough currency to keep levelling up and so on. There are three areas to level up - skills, equipment, and your pet - giving the whole game a real sense of depth. The daily and weekly events give you an incentive to log in at set times to use your new powers against other players.

Eternity Guardians seems quite straightforward when you first load it up. The tutorial introduces you to the story, ushers you into a battle where you swiftly dispatch a few fantasy goons, and then you spend and equip the proceeds of this battle in typical RPG style.

But skip forward two hours and the tutorial is STILL going on, and the game has expanded unrecognisably from an unchallenging action-RPG with copious but largely automated upgrade mechanics to a fully fledged MMORPG with numerous single and multiplayer activities at any one time.

And even after a couple of hours, more features await you. New game elements keep appearing as you work your way up through the levels, the tutorial tactfully prompting you to test them out and add them to your repertoire.

Some new features you know about in advance, thanks to greyed out icons or inaccessible entrances, but others just appear out of the blue. Suddenly you have a pet, which you have to feed. Then you have hero buddies, or access to guild battles, or whatever. The game just keeps on growing, icons crowding into the menu screen.

You can skip the tutorial at any time. All it does it point out new stuff as it becomes available, and you can work everything out for yourself in your own time if you feel like it.

But Eternity Guardians doesn't want you to do that, because its tutorial is basically a fast-track scheme to get you levelled up and operating as a responsible, productive citizen of the game's multiplayer universe.

There's a single player campaign, but in the long term Eternity Guardians is all about its multiplayer universe.

Let's get the basics out of the way first. The premise of the single player campaign is that you're a demigod. You can choose to be half human half god, or half elf and half god.

Either way, your sister has been kidnapped by a shadowy organisation called Pandora. The same organisation has also conspired to break the millennium long truce between orcs and humans, so you've got them to worry about too.

What follows is a series of short, sharp, vaguely varied single player battles intercut with passages of ignorable dialogue. You arrive in a fantasy environment, execute a succession of rapidly recharging devastating special moves (three are available at the outset, along with a dodge command) with your default battleaxe, and then spend your loot.

Spending loot is fairly painless. The game automatically gives you the option to equip new stuff as soon as the stage ends, and you can visit your inventory and upgrade your equipment and your character's skills without having to concentrate if you don't want to.

But if you do wish to concentrate, you'll have plenty to occupy you. By way of illustration, you can not only 'upgrade' and 'enhance' the items in your inventory, but also 'awaken' them. Get your head around that.

There are also rewards to collect, and you have to manually visit the rewards area to do this. There are other icons on the menu screen to interact with, letting you top-up currency, gamble, and so on, but we'll be here all day if with cover them so we'll stick to the basics.

This house-keeping aspect of the game is painless, but hardly fun. We'd have liked the option to just let the game automatically do everything, rather than having to check in at numerous virtual locations every time we play just to keep everything optimised.

Quite soon you'll start to unlock new weapons. You can carry a primary and a secondary weapon during battles and swap between them when necessary.

In practice the main reason to do this is to get access to your secondary weapon's special moves without having to wait for your primary weapon to recharge, but since swapping itself takes time to recharge this should be reserved for getting you out of serious scrapes.

You'll also gain a pet, but it takes a while for these to be any use to you in battle. More valuable are hero buddies, which, like everything, you can upgrade, and which work a bit like another special weapon, helping you out on command for 15 seconds at a time.

After that you'll get constellations, which improve your fortunes in battle as long as you keep upgrading them.

Alongside this is the all important multiplayer stuff. After a few battles you'll get guild access, and the game will prompt you to make friends. Reaching guild level opens up nine new types of activity, including chance games and guild wars, though you have to unlock most of these through levelling up further.

And you'll get access to the square, an area where avatars gather and pass through the portal into the rift, which unlocks at level 28. If you haven't reached level 28 you can just go fishing, via a simple timing-based minigame.

There's still more. You'll also gain access to challenges that you unlock with one of the game's free currencies, such as Infinity Tower, which you can visit any time, and Siege Boss, which happens at set times.

We can't fault Eternity Guardians for ambition or scale. There are also several things to do, and the multiplayer features are comprehensive. If stats and tinkering are your thing, you'll no doubt appreciate the huge amount of statistical data seemingly attached to every single item and character you acquire.

However, if you're not that way inclined there may be a bit too much housekeeping.

The combat is fun, if only due to the fast recharge time of the three special moves, which means there are always plenty of deadly pyrotechnics on display. But it's fairly one-note, and the graphics are far short of cutting edge.

If you're in the market for a new mobile MMORPG, Eternity Guardians is probably a good place to look. The only thing it's missing is a persistent WoW-style world to charge around in, choosing to disperse its gameplay across several distinct self-contained challenges instead.

It's free, which means it's worth downloading, if only for the spectacle of watching it blossom from a simple hack and slasher into a surprisingly deep MMORPG during the longest tutorial you've ever seen. 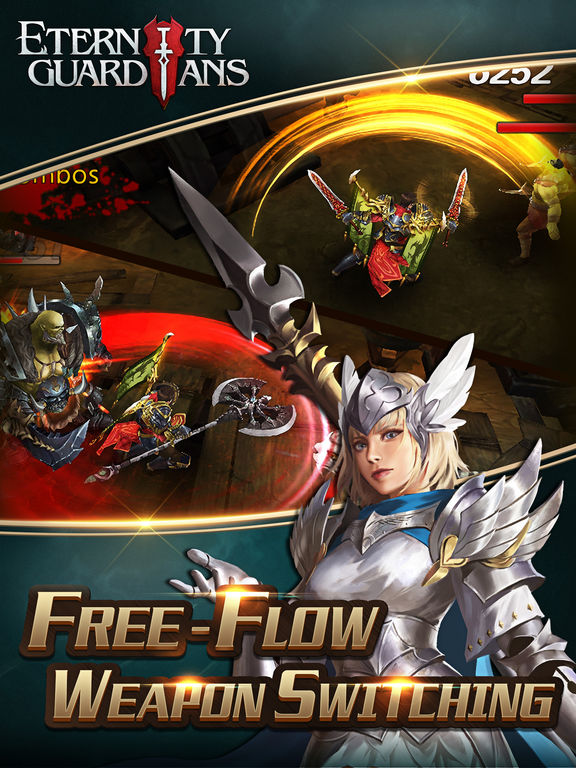 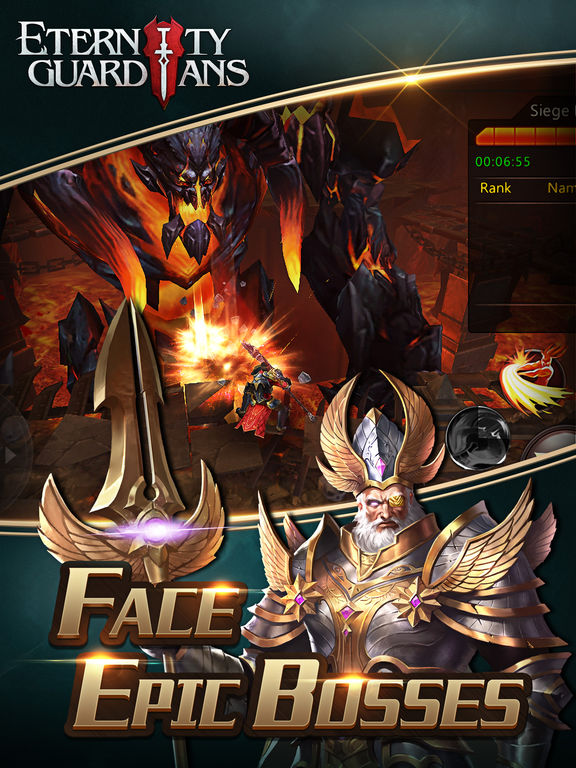