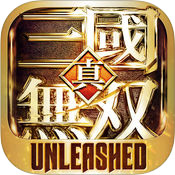 Simple though the action may be, you'll want to properly prepare before you fling yourself into the enemy hordes.

Ready to kick dozens of butts at a time? Here's what you should keep in mind.

Dynasty Warriors: Unleashed falters a little bit when it comes to competitive play, but overall it makes for a really solid and fun time. The simplistic action is actually a really good fit for mobile, and there are more than enough extra bits like equipment upgrades and bonus modes to keep you entertained for quite a while. Definitely give it a look if any of that sounds the least bit interesting to you.

My track record for reviewing mobile games based on big name franchises hasn't been the greatest lately. Most of what I've played has been disappointing at best and aggravating at worst, so as you can imagine I wasn't going in to Dynasty Warriors: Unleashed with high hopes. Maybe it's partially because my spirits had been dashed repeatedly, maybe not, but whatever the reason I actually kind of love this game.

Dynasty Warriors: Unleashed is basically Dynasty Warriors adapted for mobile devices. The camera is fixed in an isometric angle (think Diablo) rather than being set over your character's shoulder. The missions are much smaller in scope, with more contained battlegrounds and none of that rushing to save an outpost from being overrun business. There's even an Auto attack button that makes your character run around and target enemies on their own. Surprisingly, this is kind of a perfect fit for the platform.

Dynasty Warriors has always been about mindless action, but when it's on my phone it suddenly feels right. It definitely helps that the missions themselves are much shorter, of course - finishing in under three minutes is required if you want to earn all three stars for a given level. Having an Auto attack option is also great. You don't have to use it, of course, but enabling it during story missions allows you to focus on things like timing your special attacks and switching between the three officers on your team. Plus your character will automatically run towards the next objective, which is actually really handy because sometimes it can be tough to tell where you're supposed to go.

There are also a lot of little systems behind the action that I enjoy quite a lot. Most of it's par for the course in a lot of freemium games, but still, things like being able to find and upgrade equipment to further enhance your officers makes for a nice extra bit of control. Officers can be leveled-up by using other unwanted officers, they can be upgraded to more powerful forms, you can improve their skills by merging them with duplicates, etc. On top of all this, there are also quite a few extra game modes to explore once you get far enough to unlock them. The Campaign is still where I spend the bulk of my time, but I really like trying to earn S ranks in the Daily Trials or the occasional Boss Fight. Sending a team off to mine for resources via the War Supply is also a nice little extra.

Of course there are also competitive modes like Skirmish or the Arena. Unfortunately, this is the one area where Dynasty Warriors: Unleashed stumbles a bit. It's not that being able to fight other players for bonus items is a bad thing in itself, but the matchmaking is kind of bad. The Arena is generally okay, though lag can sometimes cause problems when you think you're doing well only to suddenly find yourself rapidly losing health while also being stunned. Skirmish is the real problem. I get that it might not be easy to always match teams with relatively equal power levels against each other, but when my three officers have a combined strength of around 70K and I'm up against someone else's officer (ONE officer) with a level of over 170K, well that's just stupid.

Lastly, there's the problem with the battery. It's not a surprise, really. This game looks pretty good, has lots of flashy visual effects going when you use special attacks, and it's always online, so the fact that it's a battery hog makes sense. That doesn't mean I have to like it.

Dynasty Warriors: Unleashed was one heck of a surprise. I didn't really expect it to be good, much less great, but so it goes. Anyone, fan or no, should be able to have fun with this. If you enjoy action games it's definitely worth checking out. 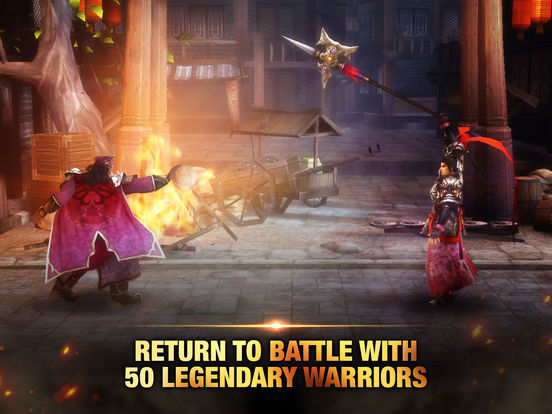 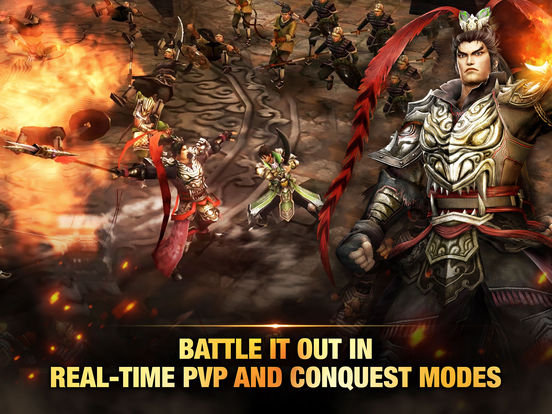