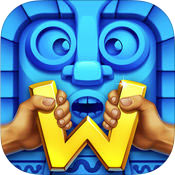 Use your impressive word skills to outwit your opponent

Want to show off to the world how great your word making skills are? Cursed Words is the perfect game for doing that, having you participate in a series of tournaments all about forming words from randomly assigned letter tiles. Think Words with Friends but with more strategy involved as you aim to cross the finishing line before your competitor.

Presented with a tiled board, it's down to you to create words to eventually form a path to the victory line at the end of the level. You're competing against other players located around the world in a bid to show off who's the best at forming words out of the letters you're assigned.

Cursed Words isn't just about being able to create words easily. It's also about placing your tiles wisely. Learn your way around the game's six power-ups to outperform your rival. Expect them to fight back though - winning isn't as easy as it looks!

Keep thinking one step ahead of your opponent and plan your moves carefully, ensuring they can't get to the victory line before you. Good gamesmanship is a vital part of Cursed Words though, so remember to use the game's chat system to congratulate your opponent.

Word games are in plentiful supply out there but Cursed Words does things a little differently. It's a little like everyone's favorite Scrabble-esque title, Words with Friends, but there's a lot more strategy going on here. It's also an ideal word game for those that just want a quick burst of word creating rather than something that can take days of back and forth playing.

That's because Cursed Words offers some fairly short game boards. The idea behind it is that you take a turn, creating as many words as possible with your available tiles. Those tiles must be placed in a way that's forming a path of horizontal and vertical words, as you work your way across the board. Your opponent then takes their turn, again trying to get nearer to the all important victory line. Oftentimes, this only takes a few turns unlike the tens of turns that's required of lengthier word games. It's ideal for bite sized word gaming.

Using up your tiles is a great way of earning extra coins but, ultimately, your mission is to reach the finish line before your opponent. That adds a huge strategic element to proceedings. You need to be thinking a few moves ahead at a time. There's no point in creating an awesome word but then leaving the goal open wide for your opponent to snatch with a quick 3 or 4 letter word. It takes seconds to learn with the game highlighting when words are viable choices or when you need to create something else.

Unlike other word games, Cursed Words can be easily won through some carefully placed words rather than an impressive vocabulary, meaning it's perfect for those who get easily beaten by Scrabble wizards. Things get even more thought provoking when you take into account the power-ups involved. One power-up has you able to block a tile from use, meaning your rival is going to have to change the route they take. Another gives you an extra letter or even an entirely new set of letters. Each of these cost money but that's where earning coins in-game by creating large words helps out. There's always a steady stream of income to accrue here.

That's also in part due to Cursed Words's tournament system. You have to invest a few coins into starting up a tournament but the rewards are quite hefty. More coins means unlocking more substantial tournaments too, meaning there's always the means in which to gain even more coins. It's a fun system that makes you keen to come back for more.

Even better, you can always find someone to play as Cursed Words's multiplayer is conducted in a play-by-play method allowing you to log in whenever you have the chance before taking your moves. The weekly leaderboards are fun too, offering up some rewards for those that do particularly well each week. It's the perfect encouragement to ensuring you come back often.

The only real downside is an inevitable one for this kind of game - things can get a little samey and repetitive after a time. That's especially true if you're playing against random players so the social element isn't as active as it would be when talking with friends. It can also take you a while to unlock the most impressive tournaments, meaning this is a game that's going to require some dedication if you want to see everything it has to offer.

Mostly though, Cursed Words is a lot of fun. It's a great twist on a familiar format meaning everyone of all ages can easily get to grips with what to do next. The addition of power-ups as well as bonus tiles mean you can plan your moves as carefully as you want, without needing to rely on your vocabulary to give you an advantage as you play. There's always the allure of weekly leaderboards too, encouraging you to check in often and reap the benefits of being good.

The best times are when you get a few friends involved and enjoy yourself as you both show off your abilities. That's where Cursed Words enjoys its 'just one more go' factor well, enticing you into returning for more throughout the day. 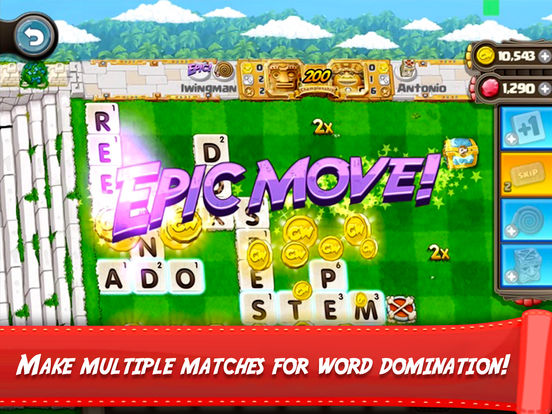 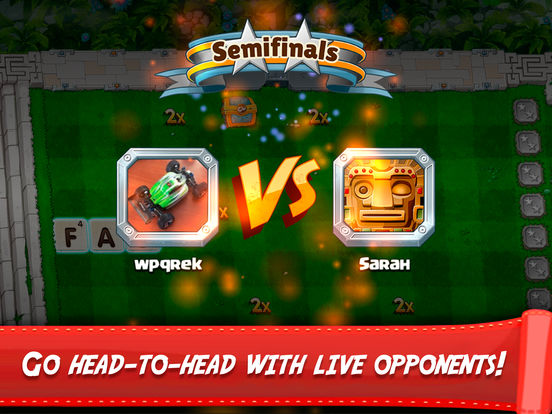