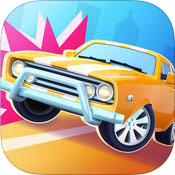 Crash Club - Drive & Smash City is an odd little combo of online multiplayer leaderboard competition and car combat, and it's a combo that works. Simply getting around is easy enough but there's more to it that just driving and shooting. Not a whole lot more, but more.

Kick the Tires and Light the Fires

You'll be flooring it from the get go, but it's in your best interest to take things slow at first and get used to the basics.

Crash Club feels like a natural progression and refinement of games like slither.io in that it applies the formula to a more complex genre - car combat in this case. It's a match I didn't think we needed to see, but now I can't wait to see what other combinations developers can come up with. Anyway, it's good stuff!

Crash Club - Drive & Smash City more or less unapologetically gets right to the action. You start it up, you're given a brief tutorial, then it's off to the races - or in this case it's more 'wanton destruction' than 'races' but you get the idea. Point is, I wasn't entirely sure what to expect but I didn't have long to wonder. Turns out it's a clever and enjoyable mash-up of vehicular combat and one life online leaderboard domination. Imagine a game like Twisted Metal or Vigilante 8, but structured similarly to something akin to slither.io. It's sort of like that.

All the (Road) Rage

Each game of Crash Club is a self-contained free-for-all where players from all over the place are randomly matched, tossed into a rather size-able chunk of a cartoony city, and tasked with being the one that lasts the longest and blows up the most cars. If you get wrecked, you're done. If you can keep going, you'll steadily climb the leaderboard. You also earn more coins (useful for cosmetic upgrades) and can sometimes find gems (needed for unlocking new rides) as you tear up the town, so the longer you're in it the better your earning potential.

I do like the look of everything in this game. The city is very colorful and cartoony, and thankfully the important stuff like shops where you can pull in to repair and upgrade still stands out. The various vehicles also look good, and can be customized with all sorts of random unlocks like goofy antenna bobbers and decals. You're probably not going to notice most of those cosmetic tweaks while plowing through stop signs and swerving to avoid oncoming missiles, but it's nice to see those details in the main menu, at least.

Primarily, though, it's all about the action. Crash Club feels sort of like a bigger budget take on games like slither.io and diep.io, where the game world is populated with a bunch of players who all have to fight for dominance and a single death means you're out. Only here instead of the simplicity of trying to devour the leftover bits of eliminated players, you use money earned from destruction to repair and upgrade your car at designated garages. It's a simple idea, as this kind of stuff tends to be, but it's a great tweak to the formula. Having to decide between more powerful weaponry, replacing a gun that's almost out of ammo, or repairing your car can be an excruciating and highly tactical decision.

The driving itself can sometimes be a little irksome, though. For the most part it's fine, and the simplistic control scheme does an admirable job, but due to the automatic acceleration it can be a bit too easy to get stuck on the edge of a building or against other obstacles because you can't really stop and back away from them. Instead you just have to grind against them until you're able to turn away. It's also worth mentioning that since this is a game meant to be played online with other people, a bad connection can create problems. This is a given, really, but unfortunately times lag spikes can completely ruin a playthrough as rival vehicles pop in and out of existence and you get hit with a missile from someone you never knew was there.

Minor gripes about getting stuck on scenery and the expected problems with bad connections aside, Crash Club - Drive & Smash City is a really good time overall. It's a fun distillation of what makes car combat games entertaining, wrapped around a competitive leaderboard system that's proven to be almost as habit forming as clicking cookies (or whatever else has been crammed into that formula these days). 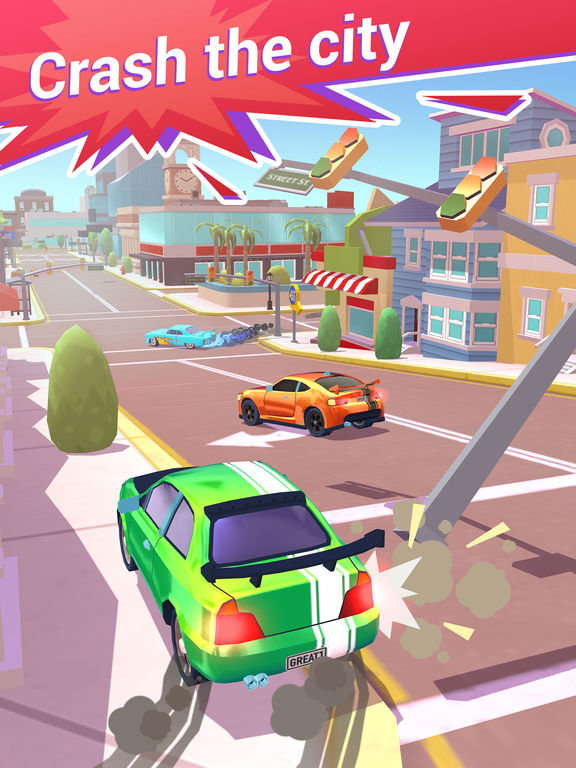 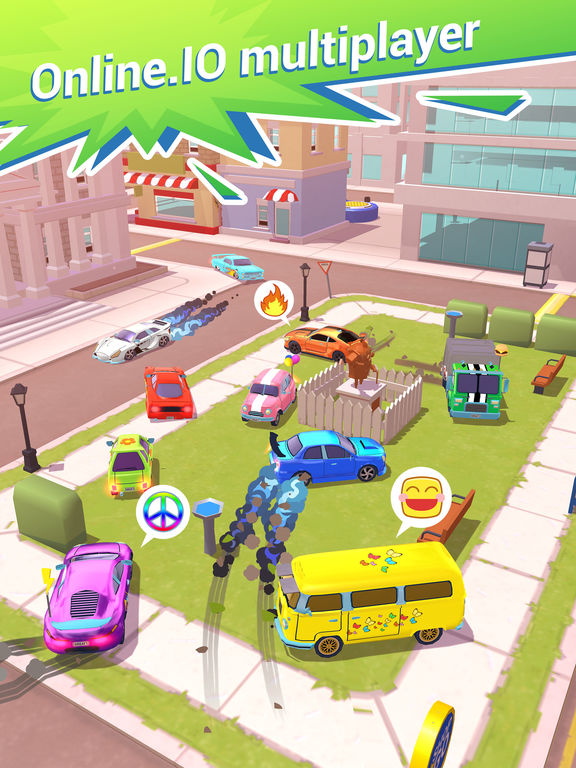