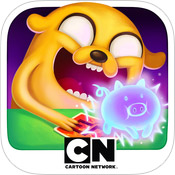 Card Wars Kingdom is something of an evolution of the original digital card game that was based on an episode of Adventure Time. It uses familiar themes, and many of the familiar cards, but the underlying structure is actually far different. Its not as deep but its not shallow, either, and it plays a lot faster - all good things as far as Im concerned.

Much of Card Wars Kingdom can be compared to Hearthstone. If youre not familiar with Blizzards popular card game, however, this should get you up to speed.

The biggest change in Card Wars Kingdom is a focus on creatures. Youre only allowed to use so many per match, and once theyre all knocked out youre done.

Card Wars Kingdom is a good follow-up that takes a familiar formula and does its own thing with it. Fans of the first game may be expecting something different, but it can be a lot of fun if youre open to it.

Ive made little (read: no) effort to hide my disdain for the original Card Wars. The game itself was fine - even enjoyable - but I couldnt look past the inclusion of a free-to-play stamina meter in a game you have to pay to download. I still think its gross, to be perfectly honest.

Card Wars Kingdom, on the other hand, is a free download so the monetization makes a lot more sense and comes off as a lot less icky. Its more than just a free version of an existing paid game, however; its practically a complete overhaul.

The differences between both games are a bit too many to list (and stay within a predefined word count), but believe me when I say playing one feels very different from playing the other. Card Wars Kingdoms strips away most of the more fiddly elements from the original and smooths everything out quite a bit. Id liken it to comparing Magic: The Gathering and Hearthstone, truth be told.

Creatures are a much bigger focus this time around. Theres a hard limit of five per team/deck, but all of them are available to summon right from the start. They typically dont cost much to summon, but the stronger they get the more youll have to spend to make them attack.

Another interesting wrinkle is how you get to draw more cards by attacking. Each creature has a total of five different cards they can generate after attacking. This means that additional spells, debuffs, boosts, and so on can only be acquired through combat. Its actually a very interesting mechanic that encourages more aggressive play. That, coupled with the limit on how many creatures can be used in a single match, keeps battles from overstaying their welcome.

However, trying to keep track of what creatures can produce what cards can be difficult. You can tap on them at any point to bring up their info, and tap on individual cards for more details, but having to do so can be rather arduous. I dont really know how they could have done it any differently, though. I suppose its just one of those things that will get easier the more you play.

Believe it or not I actually prefer the gameplay in Card Wars Kingdom over the original. Its faster, less fiddly, and is just an overall smoother game to play. The problem is, its free-to-play nature gets in the way a lot of the time.

I know it sounds ridiculous for me to complain about the first game essentially being the same thing (only you have to pay to download it), but the balance of monetization elements here feels pretty off. Theres a stamina meter or sorts, and thats fine. You can earn premium currency by completing daily and global missions, which is also fine. Premium currency can be spent to draw new cards, regular currency can be spent to fuse cards and make them stronger, and you can earn the occasional card randomly through battles - all fine.

It can take quite a while to save up enough regular currency to fuse cards, though. Drawing cards with premium currency also takes quite a bit. Worst of all, the game ramps up the difficulty extremely quickly while also forcing players to either forfeit their earnings after a loss or spending premium currency to continue. This is one of my least favorite forms of monetization on a good day, and its even worse when the game is obviously made more difficult in order to give players more of a nudge.

Overly-pushy monetization and somewhat silly difficulty spikes aside, Card Wars Kingdom is actually quite a bit of fun. Its similar enough to other digital card games to make getting into it easier (for those who play such card games, anyway), but it also does its own thing to great effect. 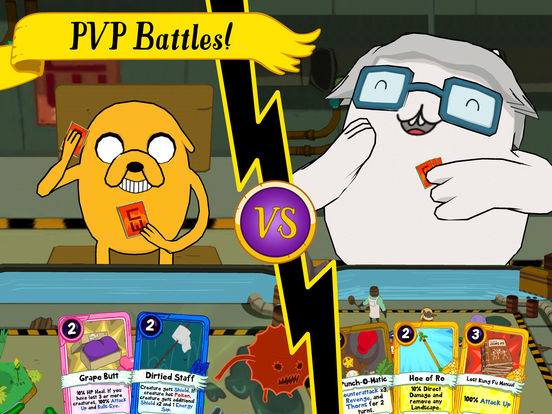 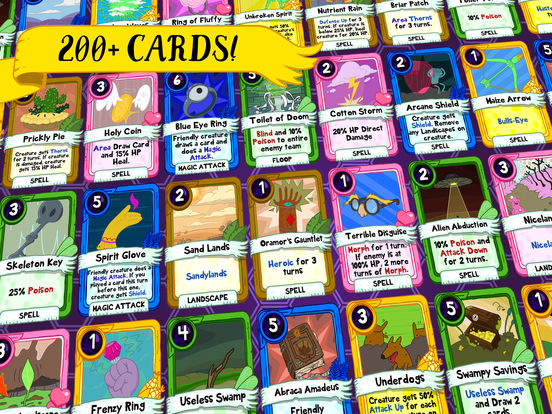