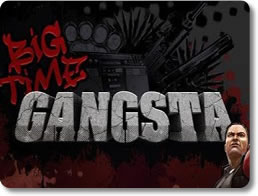 Take Over the Streets in this Deadly Game of Strategy!

Rise to the Top

You’ve been to prison, but the Man couldn’t keep you locked up forever. You’re now back in the streets and ready to reconnect with your crew. Unfortunately, something doesn’t seem right. What used to be your hood has now been taken over by your rivals!

This just isn’t going to do. You need to get the gang back together and take back what was yours. Assemble your crew, arm them with the nastiest pieces you can find or buy, and smoke every fool who thinks he owns you. This is your hood and you’re not giving it up without a fight. You’re not just any ordinary gangster. You’re a Big Time Gangsta!

You might be the most hardcore street hustler out there, but you’re just one man in the grand scheme of things. If you want to take over this city, you’ll need a few buddies around to watch your back. Whip them back into shape, put a gun into every one of their hands, and start getting ready to fight a war in the street.

Take Over the Streets

When your gang is all kitted out, it’s time to take back the streets. The city of Mission Hill is a big place, but it shouldn’t be big enough for your crew to handle. There are a lot of places to take, and every one of them serves a special purpose for your gang.

In the streets, there’s only one thing that everyone can universally respect: force. Those players that moved into your territory did so because they think that they can just waltz wherever they please. Teach them a lesson they won’t forget by filling their bodies up with lead!

Are You In or Are You Out?

Big Time Gangsta is an urban masterpiece without equal in the world of strategic mobile gaming. It gives you ample opportunity to assemble and outfit a gang of your own and fight intense battles on the streets of Mission Hill in whatever way that you choose. This is no passive game where you just let your personal statistics do the talking; this is a game where you directly control every single aspect of the war.

Load your glock, get your crew together, and go become a Big Time Gangsta today! 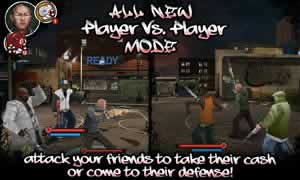 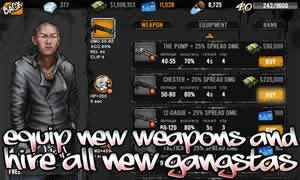