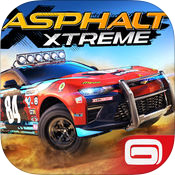 Asphalt Xtreme does away with paved surfaces in favor of a more off-road approach. In many ways it's still the same Asphalt you know (and likely enjoy) from previous iterations, but now there's mud! Well, that and it's been designed as a free game from the outset.

The vehicles you use, and how you manage them, can have a noticeable impact on how the actual races go.

Once you've got your cars sorted, you still have to get them over the finish line - preferably in first place.

Asphalt Xtreme is a fun and fairly action-packed racing game, but it's also pretty familiar if you've messed around with other recent Asphalt titles. Whether or not that's a problem is your decision to make, but if you're curious I think it's certainly worth a look.

I'll freely admit upfront that I haven't played much of the Asphalt series. I did play a decent chunk of Airborne, though. The whole reason I'm bringing this up is because Asphalt Xtreme feels, for all intents and purposes, like Asphalt 8: Airborne but with more of a muddy rally race style. Not saying that's a bad thing, but if you're up to your eyeballs in previous games from the series I'm not sure this one will be all that exciting for you.

This Time With Dirt!

Of course, many of the commonalities Asphalt Xtreme shares with its siblings are far more positive. The visuals, for example, are quite nice. The vehicles show off plenty of details and offer a fair bit of variety when it comes to physical shape/size/performance, the environments look great (when you can spare a split second to give them any consideration, that is), and the different particle effects help to sell that sense of speed and tearing through mud.

The controls also work well and don't clog up the screen with any distracting buttons. You just tilt to steer, use the left side of the screen to break/drift, and use the right size to activate boosts. It worked before, and it works just as nicely here. Overall it makes for a fast-paced, hectic racing game that's just as fun and frantic as earlier Asphalt titles.

It's not all glorious, sometimes violent car-on-car action, though. The combination of speed and track layouts occasionally makes successful navigation frustrating. There are a few areas in several of the tracks where pathways or even obstacles blend in with the rest of the environment, which usually results in a time-wasting crash - or some desperate swerving that could cost you the lead. Having the camera cut away to show a dramatic slow-mo angle every time you take out a rival racer doesn't help when you're trying to avoid smashing into walls, either. The result is a game where coming in first feels like it has more to do with trial-and-error and track memorization than it does any real skill.

Then there are the free-to-play elements, which are about as irksome as you might expect. I mean they're not awful, and they're certainly nowhere near the worst I've seen, but a couple of them really bug me. Earning money is a big one, because you need it for things like buying new vehicles and upgrading the ones you already have. But of course it takes a while to save up the many thousands you need for a new car, and while you can go back and replay completed races the amount you'll earn is significantly less than what you get for finishing the first time.

I'm not a big fan of the upgrade system, either. Each upgrade for a vehicle requires certain parts, and those parts are earned through races. However, when you're first starting out you can only win those parts from a race once. After that race is completed (i.e. you've earned all available stars), you have to wait until you gain a certain amount of career prestige before you can take on other races that will let you farm for parts. Oh but you sometimes have to upgrade your cars because otherwise you won't be able to race in certain challenges. So nuts to you if you were planning on saving up for a nicer set of wheels and stockpiling parts in order to upgrade the crap out of it.

Despite all the complaining I do think that Asphalt Xtreme is still a fun game. I don't think it will pull fans of previous Asphalt games away from their favorites, but it's an enjoyable racer with a good sense of speed and lots of explosions. If you can be patient enough to deal with the freemium elements and tricky camera shenanigans, I'd say it's worth the download. 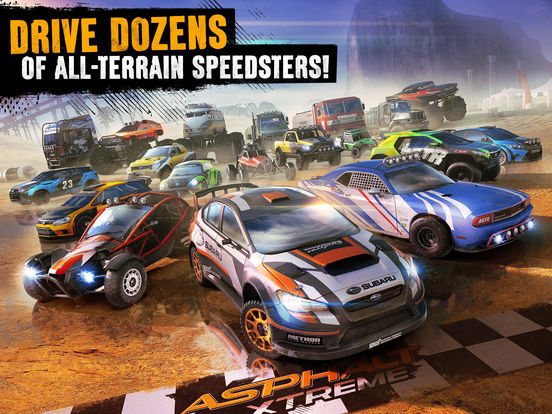 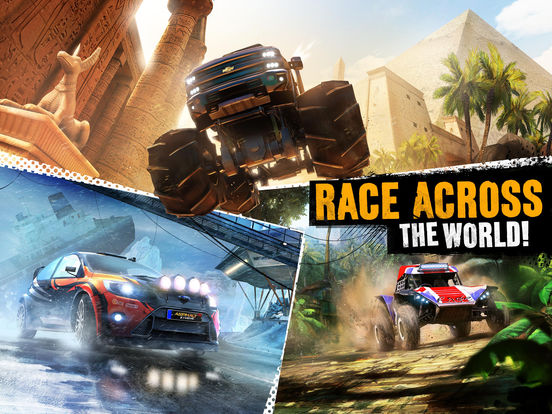