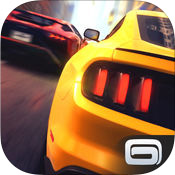 Asphalt Street Storm Racing is a bit of a departure from the rest of the Asphalt series. While it's still full of fancy and colorful cars, plus some elaborate visual effects, it's not a standard racing game. This time it's a drag racer.

How you take care of your car, and which car you use, can make a difference.

Timing and technique can make all the difference between evenly-matched cars.

I think so long as players know what to expect, they should have a good time with Asphalt Street Storm Racing. It's well suited for the mobile platform, and it looks quite nice to boot. Just don't download it looking for an arcade racer and you should be fine.

Your Engines, Start Them

Okay, so, admittedly I haven't been on top of every single Asphalt game that's come out on mobile, but the handful of games I did manage to play were all what I'd classify as 'arcade racers.' That is to say, racing games that focus on power-ups and impossible jumps and unrealistic spectacle. Fun stuff. Asphalt Street Storm Racing is something quite a bit different, being entirely focused on linear drag racing. Whether or not that's a bad thing depends on what you're looking for, but it's worth knowing in advance that this isn't your typical Asphalt.

Every race in Asphalt Street Storm Racing is a matter of reaching the finish line before the other car or cars - Racing 101, really. Except that now it's all about drag racing, with each car flying down a straightaway and things like tuning or shift timing determining the winner. So I guess skill sort of still plays a part but it's more about tapping buttons at the right moment than it is about typical racing skills.

Right off the bat I have to admit that this is a very good looking game. The different cars have a nice showroom shine to them, there are several different decal and paint job customization options that look good (if you've got the cash), and the occasional visual flourishes that accompany things like a well-timed start or using nitrous boosts are enjoyably flashy. The environments look pretty good as well, from what I could make out, but they fly by pretty fast so it can be tough to tell sometimes.

Part of me can appreciate the simplicity of the racing as Of course that simplicity is a bit of a double-edged sword. It's great for someone looking for a bit of simple pick-up-and-play time wasting, but not so much for anybody searching for a more robust racing experience. Really it's just tapping the shift button when the accelerator hits the green line. The most complicated player input is when starting a race for the first time, where you can tap the accelerator to try and keep the needle in the green, then take off at just the right time to get a speed boost right off the bat. It feels good to pull off but it's not exactly as thrilling as cutting a rival off just before the finish line.

I think Asphalt Street Storm Racing is decent fun for what it is. As a drag racing game it plays well and looks pretty, plus there's a fair bit of customization to be had and I always enjoy that stuff. However, the Asphalt name isn't exactly synonymous with drag racing, which might lead to some disappointment. So long as you know what you're getting into, and you're fine with that, you should still have a good time. 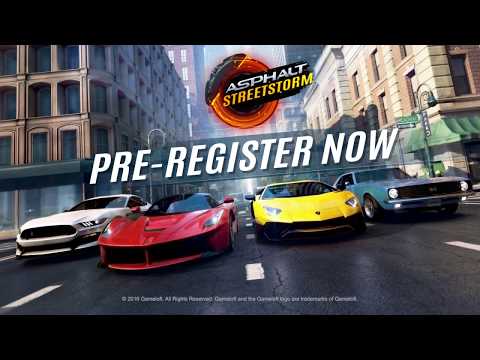 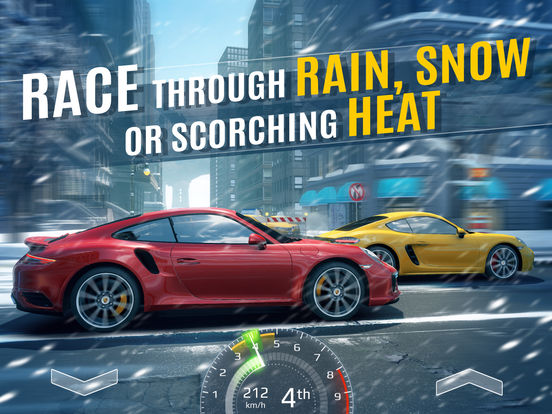 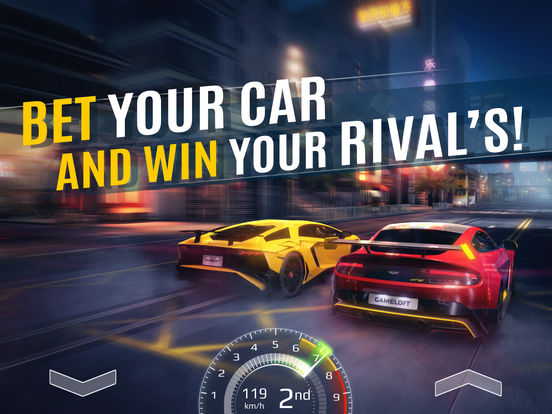