Smash Things Up in this Crossover Between Angry Birds and Rio! 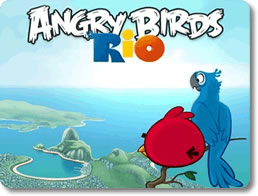 The Angry Birds are back and they’re heading for South America this time. Some dastardly bird smugglers have captured them and are planning to illegally sell them as exotic pets for a profit. Unfortunately for them, nothing stands in the way of the flock once it gets steamed.

Launch the birds from their always dependable slingshot, destroy the cages holding the other smuggled birds prisoner, fend off the pestering of Nigel the sulphur-crested cockatoo, and put an end to the operation once and for all. Team up with both Blu and Jewel from the 2010 animated film, Rio, and commit even more wanton destruction.

Angry Birds is already a fun and addictive experience, but Rio shows that you can always do better.

Angry Birds Rio is yet another bird-slinging game of destruction. It features the classic roster of avian artillery shells as well as a few new characters exclusive to Angry Birds Rio.

All New Targets and Enemies

You won’t find any Bad Piggies in Angry Birds Rio. They’re not native in this land and they don’t interest the smugglers anyway. In their stead, you’ll face a variety of other foes found nowhere else in the series.

Crushing marmosets and freeing birds is all well and good, but to get the most out of Angry Birds Rio, you’ll have to dig your heels in.

Get Ready to Fly

The Angry Birds series of games and the animated Rio film are a match made in Heaven! The heroes of both may not be able to fly, but they’re every bit as capable of entertaining us with their hilarious antics and super-bird feats.

With Angry Birds Rio, not only do you get another challenging physics-based artillery puzzler, but it comes wrapped up in a new skin that stands out even in the extensive Angry Birds franchise. If you like both Angry Birds and Rio, don’t miss this exciting crossover! 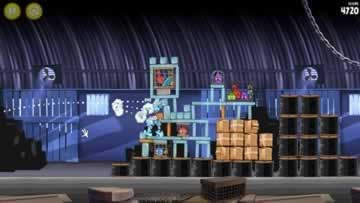 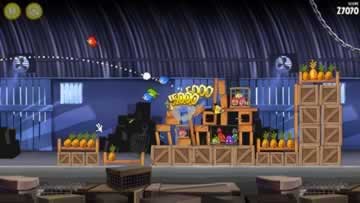