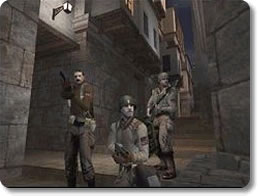 Wolfenstein: Enemy Territory offers gamers a unique, squad-based single player game, enlisting players as the leader of an elite Allied force throughout a series of mission-based scenarios that range from Western Europe to the deserts of Egypt. Players must tactically command their troops through hostile enemy positions to accomplish specific mission objectives, while also ensuring the survival of key team members.

Throughout the game, veteran squad leaders earn additional skills and gain equipment via field promotions that remain persistent across several maps. Armed with devastating weaponry and innovative command and communication functions, gamers must pursue and confront the insidious Third Reich and the products of its experimentation with the Occult and paranormal.

Multiplayer Up to 64 Players!

Featuring multiplayer support for as many as 64 players and 2-player co-operative play, Wolfenstein: Enemy Territory challenges gamers to the ultimate test of teamwork and strategy.

Each of the five character classes is critical to a team's ultimate victory or defeat on the battlefield. The Covert Ope

rative class allows players to steal uniforms, perform reconnaissance and gain access to enemy positions. While, the Engineer allows the Axis and Allied teams to lay and diffuse mines as well as build battlefield bridges, towers, forward command bases and other improvements in the midst of combat to gain advantages for their team. Wolfenstein: Enemy Territory's Campaign mode combines a series of battles into larger campaigns where teams struggle for successive victories and players are awarded battlefield promotions and additional abilities that persist and accumulate throughout the campaign.

Wolfenstein: Enemy Territory further offers online players the option to slug it out in the intense Team Last-Man-Standing game mode, where squad-mates cooperate to ensure their team has the last surviving man on the battlefield. Additionally, players can engage with computer-controlled bots, both cooperatively and competitively, in all of the multiplayer maps and game types. With new game modes, character classes, weaponry, and added tactical skills, Wolfenstein: Enemy Territory will keep gamers in the trenches for hours. 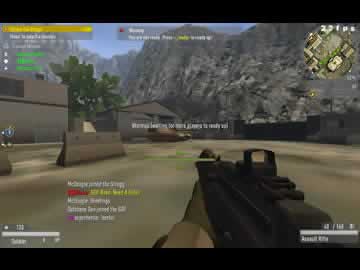 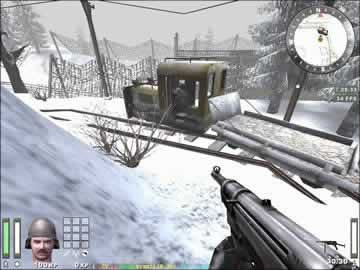