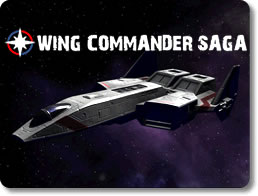 Battle the Kilrathi in Outer Space and Save the Confederation from Annihilation!

Things have not been going well for the human race. The space-faring Confederation of Terra has yet to fully recover from the losses at the Battle of Terra. Countless lives have been lost, colonies can no longer be defended, and most of the advanced warships have since been replaced with more dated technology.

Worst of all, the war against the alien Kilrathi empire is drawing to a close and the Kilrathi are winning.

Our hero, Second Lieutenant David “Sandman” Markham, is just a recruit like any other. He’s been transferred to the TCS Hermes, one of the last few carriers on the frontline, where he hopes to do his part in defending the Confederation’s people, territories and ideals.

Unfortunately, things are about to get much worse for he and everyone else aboard before they have a chance to get better.

Experience a Thrilling and Emotional Story

Wing Commander Saga: The Darkest Dawn is another chapter in the venerated Wing Commander series. In it, you will experience a cinematic tale fraught with war, drama, tragedy and a cast of well-rounded characters. Don’t worry if you’re unfamiliar with the franchise; The Darkest Dawn’s story easily stands on its own.

Try Not to Die

The war against the Kilrathi is taking its toll on the Confederation of Terra. You’ll feel it personally once you get in the cockpit of your Hellcat and face down your first Kilrathi fighter.

Wing Commander Saga: The Darkest Dawn looks like it could give most professionally-developed space combat games a run for their money. For that reason, it’s all the more shocking to realize that this is not a professional commercial product; this is a fan-made labor of love that has been ten years in the making!

If you carry any fond memories of the franchise or are just in the mood to blow enemy starships to pieces in the most high-stake battles ever thought possible, then launch yourself into the war-torn universe of Wing Commander Saga: The Darkest Dawn today. 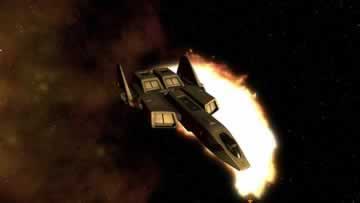 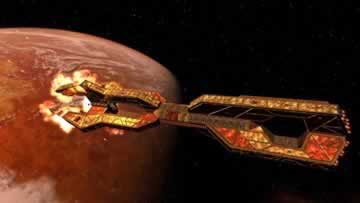