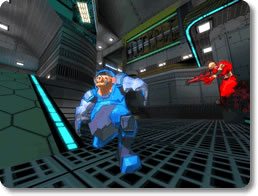 Clever First Person Shooter With a Sense of Humor

Warsow is a free standalone first person shooter game for Windows and Linux.

Warsow is developped under the motto "by gamers for gamers" by a team coming from all kinds of gaming backgrounds. The base gameplay is focused around the art of movement - meaning moving, speed and tricks play a big part in the gameplay. Besides this, mapcontrol, aim, teamplay and fragging skills play their role too. For the movement we've basicly looked at four games: Quakeworld (legendary for it's speed), Quake3 CPMA, Jet Set Radio and Speedball.

Another twist in gameplay is Warsow's weapon system. Warsow has two firing modes for each weapon; by picking up a weapon, you will be equipped with the standard (weak) ammo for the weapon, but when you pick up an ammo pack, you will equip your weapon with special (strong) ammo. Weapons may have different damage or slightly different behaviour depending on what ammo you use: for instance: the weak electrobolt (Warsow's rail) is a high speed projectile, whereas the electrobolt with strong ammo is instant hit. This way, not only control of health and armor plays a role, but getting strong ammo is a valid way to create a comeback.

Visually, we try to cater to the fast gameplay Warsow provides. To keep the focus on competitive gaming, visibility is an important aspect in Warsow. Using a celshaded, cartoon-like style on the maps, textures, and models we try to combine good visibility, suitable for competitive gameplay, with having a unique, attractive and personal style. We try to keep the graphic effects minimalistic, clear and visible.

Great for Competitive Play, Even on Older Computers

We try to use Warsow as a platform to make e-sports, or competitive FPS gaming, available to a broad audience. With Warsow's low system requirements, relatively small filesize and easy installation procedure, we try to make Warsow as accessible as possible for anyone to try out. In future versions we will focuss on this aspect more, and try to provide more support for players new to the FPS scene, by for example providing movement tutorials in the form of demos, and tutorial maps. 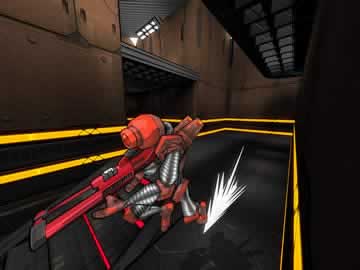 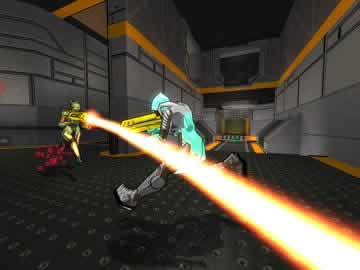