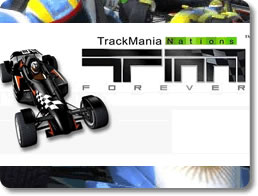 Make Daring Leaps and Drive through Loops in this Crazy Racing Game!

Have you found yourself growing board of racing games lately? Are you tired of running laps in those same old circles game after game after game? If so, then you need to get behind the wheel in Trackmania Nations Forever!

This is not your everyday racer; this is a game that hurls everyday conventions like safety out the window. You’ll blaze through some of the wildest, craziest and most downright impossible tracks ever conceived in a computer game!

It’s no exaggeration that the tracks are absolutely insane. No racing course in the world would ever be able to imitate what these are capable of. Not only would no driver be able to survive them, but the laws of physics get violated so often, that it almost feels like you’re committing a felony just by using them. Words alone cannot describe the stunts you will undoubtedly experience.

A Lot to Keep You Occupied

If Trackmania Nations Forever is lacking something, it most certainly isn’t content. Out of the box, the game provides more material than you’ll know what to do with. Without a doubt, the most difficult part to the game will be putting it down.

There’s already plenty of insanity to find here, but just like the gameplay, Trackmania never lets up. It includes a variety of tools that let you create your own content. If the base game feels a little too sober for you, make something wackier.

What does Trackmania Nations Forever have going for it? The answer is simple: challenging, fast-paced and off-the-walls crazy racing, simple and creative level-building tools, never-ending replay value, and graphics that look crisp and run smoothly even on low-end systems.

If you enjoy racing games, the prudent question you should ask yourself is: “What does it not have going for it?” 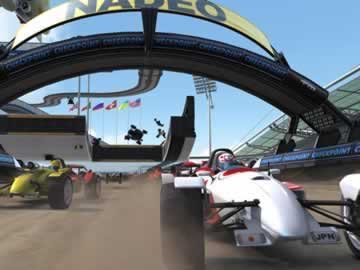 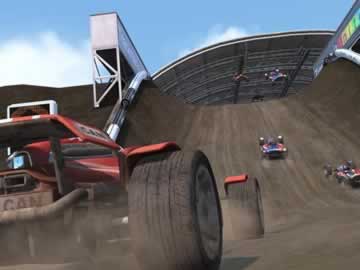