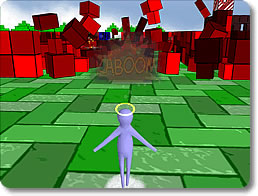 Have some block-collapsing fun with this fast-paced 3D capture the flag game!

Toblo is a free, fast-paced capture the flag game that has two teams using the world as weaponry, throwing bombs, and generally destroying things. During the course of a Toblo capture the flag match, the structures in the wild and wacky world full of colorful blocks are reduced to block rubble.

Two teams, the Cloud Kids and the Fire Friends, compete to capture three of their sworn enemy's flags while protecting three flags of their own. Not just your average capture the flag action game, Toblo has its players constantly changing the world.

The same blocks that make up the structures in the world are used for combat. To knock out an opponent, chuck a block in his general direction! Form a squad with your AI teammates to display the advantage that teamplay has even in Toblo's topsy-turvy world. And be sure to find a bomb block to incur maximum damage!

Up to four players can join in on the fun with LAN multiplayer support. Play with, or against, your friends in the most destructive worlds imaginable.

Watch what the block action is all about! 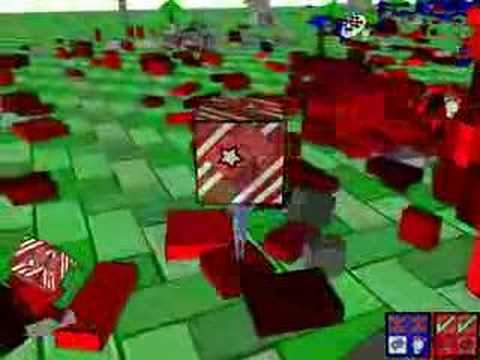 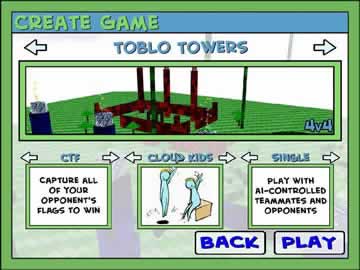 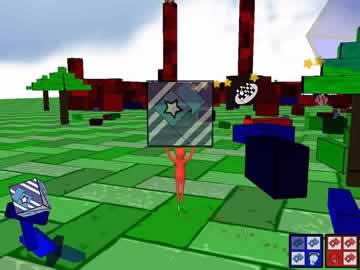