Fly your X-Wing into the Death Star defenses and blow it up!

Remake of the awesome arcade shooter!

Star Wars is an award-winning remake of the classic space shooter that many of us remember playing in the arcades. From the sounds, graphics, and controls, the folks at Minionsoft did a fine job capturing the true essence of the original.

The gameplay is very straightfoward - you get into the cockpit of your trusty X-Wing fighter and take on waves of Tie Fighters, tower defenses, and trench guns. There are three stages, and each ends with a final run to fire your torpedoes to destroy the dreaded Death Star!  If you miss, you'll have to do it again and risk your life for the sake of the rebel alliance.

Since this is an older game, if you are running Windows 7 you will need to download a special .dll file in order to get it to work.  You can download the Windows 7 .dll file at the developer's site here.

Pilot an X-wing fighter and battle your way through enemies and obstacles as you race to destroy the Death Star in this remake of the 1983 classic Star Wars arcade game. Battle TIE fighters above the Death Star and dodge turret fire as you make your trench run. Sound effects and music from the movies help make for a fun and exciting Star Wars experience. On top of that, it's completely free.

Look at the Size of That Thing!

In the game, you are piloting an X-wing fighter through increasingly challenging waves of enemies as you work towards destroying the Death Star. Each wave consists of three different phases that you must survive. You aren't required to destroy any enemies, but it can help.

There are no difficulty settings or options, but you can select one of three waves to start on. You can start on an easier wave or skip right to the harder waves. There's also an option to make your fighter invincible, which is a good addition that lets you have some relaxing fun as you blow away fighters and turrets. More control over the difficulty would have been useful, but the game does provide some options.

The controls in Star Wars are very simple, even though the game doesn't introduce or explain them in any way. You move your fighter, aim, and fire all with the mouse. The one downside to the controls is that since everything is done with the mouse, it's difficult to move and aim at the same time. Moving your mouse to the left to move left will also make your aim to the left. It would have been nice to be able to do them separately or have an option to do so (even though you couldn't in the original game).

The graphics in the game have been updated from the original arcade game and look far better in every respect. At the same time, they are still a bit dated compared to more modern games. It won't detract from the gameplay, but it is still noticeable. The sounds, however, are perfectly done. The sound effects and music are taken straight from the movies for this game. There are also voice clips from the movie as well that help draw you into the game and improve the Star Wars experience. You'll hear Obi-Wan telling you to, “Use the force,” as you make your trench run towards the Death Star's exhaust port. The audio is one of the better parts of the game.

One issue with the gameplay is the repetitive nature of the waves. Every wave is the same as the last save for the number of obstacles or enemies you face. It can get repetitive quickly, especially since the phases and waves are so short that it won't be long before you've gone through them several times.

Conclusion - Good for Those Looking for the Classic Game

Star Wars does have some positive aspects to it, but it also has some problems as well. If you're absolutely crazy about anything Star Wars or looking to satisfy your nostalgia, this game could be what you're looking for. For anyone else, this game probably wouldn't be your best choice. However, it is free so there's no reason not to give it a shot and see how much you really enjoy the game. 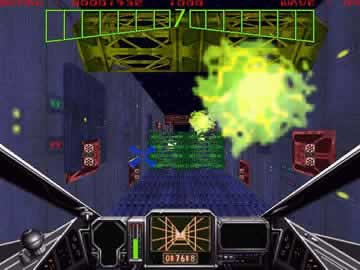 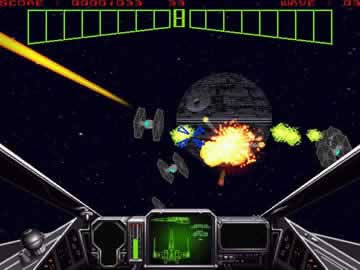