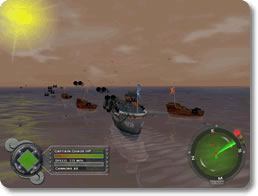 Bring peace to the chaotic high-seas in this boating shooter!

Shoot 'em up on the glorious high-seas!

Sea of Chaos is a 3D shooter that brings the action to some very restless waters. In the game you'll be manning multiple ships in your quest to defend the homeland against the evil pirates and finally bring peace and security back to the seas.

The game play is fun and straightforward: blow up your enemies as soon as you see them! Coupled with a surprising storyline, beautiful graphics, and a cool soundtrack, the only drawback is that the game isn't longer than it is.

In an age where violence rules the seas, there is a vast ocean that divides the land. Powerful countries have formed due to their advancements in ship technology, but despite that, many smaller countries lead a more simple life in the open seas. It is common to find traveling merchants and mercenaries throughout the land.

Captain Chaos of the 3rd fleet of the Crusaders is an admired leader in his home of Oppenheimer. One day, terrible news came from a merchant from the far shores of a vast country named Vandamour. He was told that a grand Vandamourian fleet was making its way towards smaller countries to conquer them.

Knocked off his feet, Captain Chaos could not believe what he had just heard. There was no way he could ever give up his country to a bunch of outsiders.

Frightened but strong willed, Captain Chaos gathers his fleet in a battle to fight for his country's honor and survival. 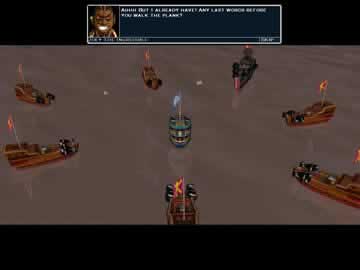 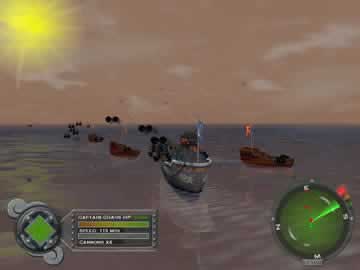