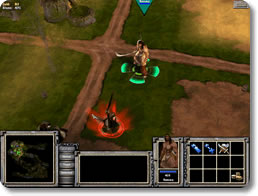 Set in a unique fantasy world eons from now where Humans and Beasts battle violently for their very existence. Savage transports PC gamers to the next level in multi-player gaming.

With the creation of a new game play genre, RTSS (Real Time Strategy Shooter), Savage expertly redefines the first-person shooter and real-time strategy genres by combining elements of both into one cohesive experience.

As the commander in RTS mode, you will tackle resource management, develop a robust tech tree, plan your assault and lead real human players into battle.

As a warrior in action mode, you will master many unique weapons, powerful units, and siege vehicles to fight a fast paced battle.

Choose to fight on the side of HUMANITY, armed with science and technology, or take the side of the BEAST HORDE, masters of nature and magic. Each race has its own style of battle, its own leader, and its own way to victory. Which side are you on? 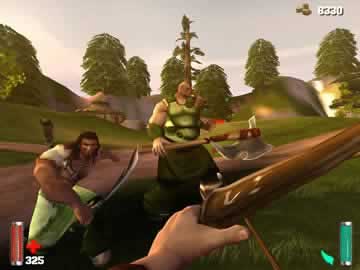 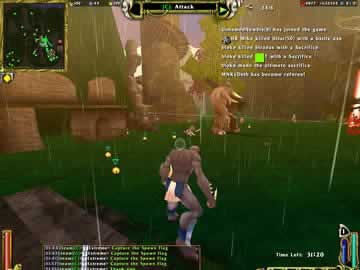