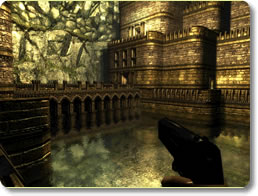 A fast and fun first person shooter that also allows you to add your own levels or even make your own game!

From the Sauerbraten readme: "Official game storyline: 'You kill stuff. The End.'"

Also known as "Cube 2", Sauerbraten is a fun-filled FPS game that just happens to include a powerful game engine/editor. You can take of this rare feature to make your own unique level maps or even your own 3D game!

So if you're the creative type, Sauerbraten has plenty to keep you amused beyond the game itself. But the game is still plenty fun, especially thanks to its multiplayer feature, which will allow you to go online and challenge players from around the globe. And using the game's editor you can even collaborate with others to develop unique game maps!

This is the perfect freeware title for anyone who wants to shoot 'em up while adding a little personal touch!

Though Cube 2: Sauerbraten is much like your typical First Person Shooter (FPS) game, its design and ability to edit maps while playing is revolutionary and far from ordinary. This free download, which has a doom-like feel (kill everything in sight) is a landmark game in the FPS world. Though the storyline is non-existent, the gameplay, features and ability to customize the individual levels make this game one of a kind.

In Cube 2, you shoot everything you see. There is no storyline in which you are declared a hero, and your opponents are far from terrorists (enemies in many storyline FPS games). In the campaign mode you are placed on a map and you must go through the map blowing up everything in sight. The enemies tend to be alien-like mutants with a high tolerance for pain. You must fight your way through them, restarting if you die, to finish each level.

The multiplayer mode is very complete and allows you to play over an LAN connection or online against others from around the world. The online play, like most FPS game's offers a Deathmatch and Team Deathmatch mode, among other things. In these modes you compete to destroy the enemies. The modes are highly customizable, and you are granted control of everything including the difficulty and number of enemy bots, as well as the levels and weapon aids.

Other games in the multiplayer mode are Capture, where teams fight for control of different areas on the map, Capture the Flag, where teams compete to successfully take and return an enemy flag, and Tactics, where you spawn with random weapons, among others. The extensive multiplayer options make it so you will always have something to do and never get too bored with one game type.

The gameplay of Cube 2 is one of the best on the market, especially when it comes to a free download. All the buttons are customizable and the movements are carried out quickly and efficiently. The WASD keys are the default settings for movement (certainly they can be adjusted) and the mouse and the left-click are your aiming and firing. For optimal success it is important to move wisely and use the map in your favor. Take cover when you have to (many objects to hide behind) and occasionally use your speed to your advantage with a hit-and-run technique. The gameplay adds to the game and in no obvious way detracts from the overall quality.

Map Editor So Edit Away!

The map editing option, like mentioned above, is one of the features that makes this game revolutionary when it comes to FPSs. While playing you have the option of redesigning the map you are playing in. The details of this are hard to explain; however, being able to change the environment you are playing in is really cool.

One drawback of the map editing feature is executing it. There is no tutorial explaining how to exactly change things, so you might be left to trial and error. Such a cool feature would benefit greatly with a better tutorial.

Some Levels Easy to Get Lost On

Another flaw in the game is not having a level map. It is easy to get lost in this game (the lighting can be dim and the maps look similar) so having a map would be really beneficial. Especially one that would show you where to go and what lies ahead (enemies etc...).

All in all Cube 2: Sauerbraten is quite the game. The levels and gameplay options are extensive and the campaign and multiplayer options are really a blast. Though the in-game map editor can be hard to work with, its features and capabilities are seemingly endless.

As far as FPS games are concerned this game is great. Tack on the whooping free sticker price and this game gets a big thumbs up. Though the gore and violence may be too much for some, most will love the game and play for hours on end.

Sauerbraten Cube 2 trailer showing off graphics and in game action. 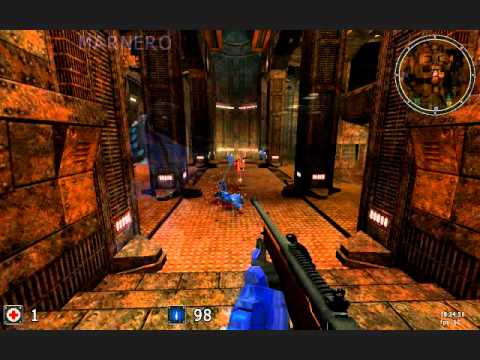 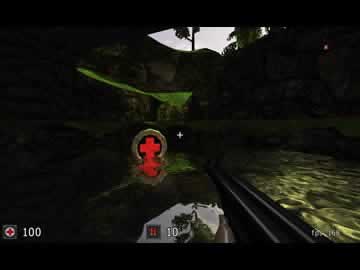 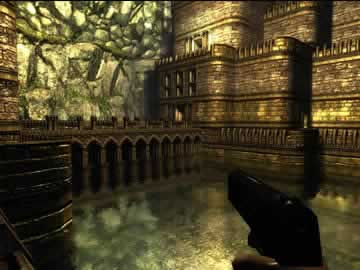